« The Saddledome is Now Home: Jay Bouwmeester Signs With Flames ... Panthers Lose Another One | Main | Randy Sexton: We're Fine. Really? ... Karlis Skrastins to Dallas ... There's Money to Spend ... Despite All This, Cats are No. 90 » 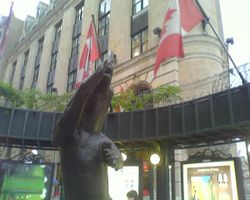 It's a holiday in Canada in two respects today.

It's Canada day, which is like the Fourth of July without the red-white-and-blue bunting.

It's also the start of the free agency period, which many in Canada relish even more. It's a good day to have the day off up north, a good day to relax with friends and relatives and watch the TSN ticker.

Should be interesting to see what happens today both here in South Florida and abroad. Are the Panthers going to be an active player in the free agent market, or are they going to sit back and see how the market shapes out? Probably the latter, although there are enough holes on the roster to think the Panthers have to be pro-active.

-- Here is the official list of Florida's free agents. Not many surprises here. 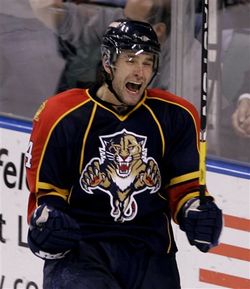 -- Scratch Radek Dvorak off the list; Dvo's coming back to the Panthers after a very solid 2008-09 campaign.

TSN is reporting it now as a two-year deal, and the Panthers have just confirmed it. TSN says deal is for $1.7 million per.

-- The Panthers have given David Booth a six-year extension worth just under $26 million. 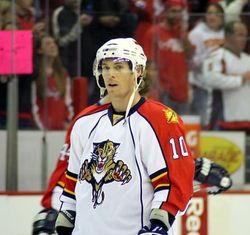 The Boother is excited as well he should be. Wonder if he keeps the Camaro or upgrades to a new one. I see a Vette in his future.

A good start for the Panthers getting Booth and Dvorak done.

-- The Panthers now need a backup goalie, Craig Anderson heading to the Colorado Rockies of the National League. Going to play first base and catcher. Two-year deal for Andy and a bunch of free skiing lessons. Good luck to him, Denver is a cool town. He's going to have fun.

-- Word that Colton Orr was coming to FLA turn out not to be true. He signs a four-year deal with the Leafs.

-- The Lightning are making some moves... 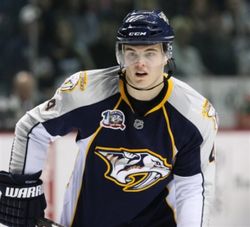 -- Florida officially announces the signing of 27-year-old D-man Ville Koistinen. If they don't re-sign Peltonen, at least they have one Ville on the roster when the team opens in Finland.

Ville II played with Nashville the past two seasons. Not very offensive, but a quick player who is decent in the defensive zone.

Right now, he would be on the second pairing because the Panthers don't have much at the moment. Florida's defense, as it stands, is pretty brutal. Of course it's early and Randy is not done shopping and signing.

-- Panthers are now out of the goalie market: Scott Clemmensen, 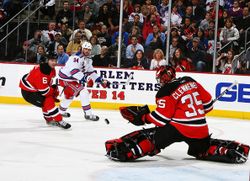 who did such a great job filling in for Martin Brodeur last year, signs a three-year deal with the Cats worth about $1.2 million per.

Now, I had said Andy would be competing with Clemmensen for a job this offseason, didn't think it would be for his job.

Clemmensen's three-year deal means he's tied down to the Panthers one year longer than Tomas Vokoun is. Vokoun's contract expires after the 2010-11 season.