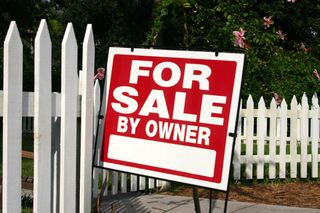 The curious case of the Phoenix Coyotes took another strange turn today.

Now the NHL wants to buy the team.

The league put in a bid to purchase the team, likely meaning the other 'major' bid by Jerry Reinsdorf and crew wasn't very strong (which it doesn't look to be) or is falling apart.

UPDATE: There is a report coming out of Arizona that states that Jerry Reinsdorf's group has indeed pulled up stakes in this deal claiming he is dealing with an 'unwilling seller.'

I guess that means they couldn't work out a new lease agreement with Glendale for the Glendale.com Arena. Here's a statement from the Reinsdorf group (which included Tony Tavares who can now run the Panthers if SPAC is approved as the team's new owners):

Glendale Sports and Entertainment, whose principals are John Kaites, Jerry Reinsdorf and Tony Tavares, regrets to inform all interested parties that despite expending a great deal of time, money, and effort, it is unable to comply with the court mandated deadline of August 25, 2009, for having a firm offer to purchase the Phoenix Coyotes and keep them in Glendale.

Despite the fact that we always thought that we were operating on an extremely aggressive timeline, we were able to accomplish a great deal in a very short time period. Our capital structure is negotiated, and we have negotiated acceptable deals with the secured creditors as well as a number of unsecured creditors. We have developed a solid business plan that would result in keeping the Coyotes in Glendale and in a relatively short period of time turning the team into a successful and viable NHL franchise.

All of this was accomplished while the unwilling seller created an expensive litigious environment and pressed a public relations strategy that has had the effect of chilling the negotiations with the City. It is unfortunate that this conduct continues. We have faced an organized publicity effort designed to provide negative and misleading information to interested parties. Not only has this stymied negotiations, but is has eroded local market demand for Coyotes tickets, luxury boxes, and sponsorships.

Despite arduous efforts by the City of Glendale’s administration and ourselves, we have been unable to reach an acceptable lease deal for the operation of the team at the Jobing.Com Arena. Since we have not finalized this critical agreement within the mandated timeline we cannot submit a firm and binding offer to the Court.

And now, back to the blog:

If the judge in the case decides to go with the highest bidder to pay off creditors, Jim Balsillie is going to win. The two bids aren't even close.

And the NHL knows this. They feel they need to save this thing and the only way to do that is by jumping in with the (supposed) backing of 29 other teams.

Isn't that special. A league running its own team. The league did say it would quickly sell the team outside of bankruptcy court.

So, the league overpays for the Coyotes, then sells them at a loss to keep them in Glendale. Sounds good.

Major League Baseball may have ruined the Montreal Expos, but at least they made some money when they moved them to Washington and sold them.

How much money can the NHL lose on this deal? A bundle. Don't forget, the NHL has already been pouring a ton of money into this franchise as it is. And now they are going to lose even more. Looks like expansion is on the way. The league is going to have to make this money up somewhere.

Hamilton, you might be getting a team soon enough. It just may not be this one. But you'll get one to make up for this one. Does that make any sense? To the NHL, apparently so. To everyone else? Eh.

Here's what Bill Daly said in a release today:

"Today, the League filed its own bid to purchase the Phoenix Coyotes’ franchise out of bankruptcy in an effort to maximize the likelihood that the Club ultimately will be sold to an acceptable purchaser who is committed to operating the franchise in Glendale.

"We remain supportive of the other efforts that have been and are being made to purchase and operate the Coyotes in Glendale, and we will continue to do everything we can to assist interested groups in those efforts leading up to the scheduled sale hearing on September 10, 2009 and thereafter, if the NHL is the winning bidder.

"We believe this step was necessary at this time in order to best preserve and maximize the value of the Club asset for benefit of the Club’s creditors and for the community of Glendale.

"The bankruptcy petition and subsequent events have been incredibly damaging to the Club’s business, and the sooner the Club can be extricated from the bankruptcy process, the sooner Club personnel can begin to restore the team’s vitality and local fan base.

"In the event the League’s bid proceeds forward and ultimately is the one approved by the Court, we intend to conduct an orderly sale process to a third party buyer outside of bankruptcy.

"It continues to be our intention and hope to conclude satisfactory agreements with existing Club business partners that will allow the Coyotes to be owned and operated on a viable basis in Glendale for many years to come."