« Randy Sexton to Stay? ... No Major Additions in Works ... Alex Tanguay Speaks (in French, and not to Me) | Main | Happy Labour Day: Hockey Season Starts Today » 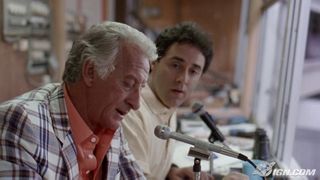 The Panthers came to terms with Russian prospect Evgeni Dadonov on Tuesday, signing the 20-year-old winger to an entry level contract.

Dadonov has been working out in South Florida lately and will be at the team's rookie camp which starts Monday morning at 9 a.m. in Coral Springs.

Acting general manager Randy Sexton said Dadonov will be given an opportunity to make the team out of training camp, but expects Dadonov to start the season with the team's minor league affiliate in Rochester, N.Y.

''He has the skills to play at the NHL level, but I don't know if he's ready to play 82 games at the NHL level right now,'' Sexton said. ''He still has to learn the North American style of game, but we really like him. He is a very talented player, one who isn't very big, but is quick and crafty. He does everything at high speed.''

Sexton said the Panthers are keeping their options open with Dadonov, and his spot in Rochester isn't a lock. If Dadonov lights it up in camp, he's going to make the team.

Dadonov was involved in a controversy in Russia as the KHL said his rights belonged to Chelyabinsk Traktor. But Sexton said the Panthers waited until Dadonov's contract expired in Russia before signing him. Sexton said his contract has been filed and cleared by the NHL. Last season, Dadonov scored 11 goals with four assists for Traktor.

''We waited for everything to expire,'' Sexton said. ''There's no issue with this at all.''

-- Sexton wouldn't confirm a report out of Canada which said he would be Florida's general manager during the 2009-10 season as the team's potential sale is worked out.

When Jacques Martin resigned to take the Montreal coaching job in June, Sexton was named acting GM as former team president Bill Torrey began a search for a permanent replacement.

Sexton is believed to be one of the finalists Torrey is considering, but until a new ownership group takes over, the Panthers don't appear to be in any rush to make another hire.

''I have not spent one second wondering or worrying about my situation,'' Sexton said. ''This is not about

me, it's about this organization, this team. I was asked by this ownership to handle hockey operations and that's what I have done and am doing. I will continue to do so. I'm trying to make this team better.

''I'll keep on driving this thing until I hear differently.''

-- Sexton said the team is looking at possibly adding to its roster but doesn't expect to do anything until training camp starts.

The Panthers rookie camp, which will feature a battle between defensemen Jason Garrison, Keaton Ellerby and Dmitry Kulikov, opens Monday at 9 a.m. and will run through Thursday at Incredible Ice in Coral Springs. The team opens camp Sept. 12 with physicals in South Florida with the team holding its first practice the following day in Port Hawkesbury, Nova Scotia.

''The kids are going to get a chance,'' Sexton said of the rookie d-men.

Versus is doing Opening Night from Finland, with NHL Network picking up Game 2.