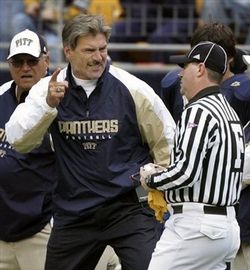 PITTSBURGH -- Two teams going in opposite directions meet up tonight in the Igloo.

The Penguins, your defending Stanley Cup champs, have won eight of their first nine and whose 33 goals are third-best in the east.

Things haven't gone as well for the Panthers. Florida has lost five of its past seven and its 15 goals (not counting the one awarded for the shootout) is second-lowest in the league.

Florida is also the only team in the league whose leading scorer (six guys with two goals) only has two goals.

Coach Pete DeBoer has mixed up the lines and is hoping and praying this team starts converting on their chances. A lot of guys have been harping on the Panthers outshooting the Sabres in Wednesday's 5-2 loss, but truthfully, the Panthers didn't even start testing Ryan Miller until they were already down 3-0.

Florida desperately needs a quick start tonight, and they have shocked the Pens before here. But the Pens are so good right now, the Panthers could play a perfect game and still lose by three. If the Panthers don't show up, well, it'll be ugly.