Something Borrowed (as in Baby Blue), Something New 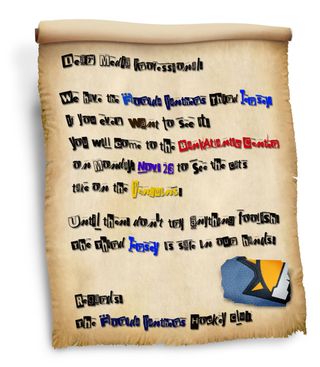 DETROIT -- The Panthers have been very good about hiding their new third jerseys.

The team is going to unveil them during Monday's game against the Penguins.

Hope Pittsburgh doesn't wear its throwback jerseys. Could be confusing.

As we saw last March, the team is going with a dark-blue and light-blue motif with a Panthers head in a crest on the front.

The team is apparently doing away with the sun/palm tree/hockey stick for a new branding.

They are keeping the sun and bringing in a FLA (think the Coyotes/Suns PHX) for the shoulders. I would have gone with a 305/954/561 logo myself.

I have seen pics of the new jerseys and I think they look OK. And the Panther head is different than the leaping Panther head but it is a logo the team has used in the past.

They are different and sometimes different is good.

I still think a red jersey would be more fitting. Maybe in the future.

More on this, with a mockup of the jersey, to come. Heading to practice in dowtown Motown now.