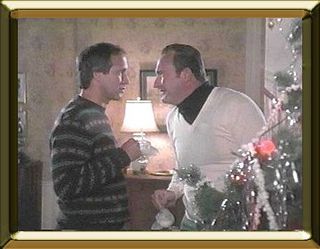 The good news: David Booth and Cory Stillman should be back around Christmas time.

The bad news: See above.

Pete DeBoer said today that they aren't expecting David Booth until after the Christmas break. And he didn't sound very convincing of that. Do you realize that Booth hasn't been working out in weeks and hasn't skated since being knocked out on Oct. 24?

That means Booth has been off the ice for more than five weeks -- probably the longest stretch for him in a long, long time. He's going to need more than a few weeks just to get his legs and timing going. So I don't think we see him until mid-January at the earliest.

As far as Stillman goes, his knee continues to heal and I haven't seen him limping around. Once he gets the all-clear to start skating, it should take him a week to 10 days to get back.

Booth told ESPN's Pierre LeBrun that he started working out a few weeks after the concussion so he could get back on the ice and make it to the Olympics. It doesn't look like that's going to happen. You have to feel for Booth because this was a huge dream of his, and this concussion -- on a cheap play, I don't care what the rule book says -- is going to screw it all up.

And if the Panthers don't start doing something and soon, this season may be over by the time these guys make it back. A huge batch of games upcoming, starting with tonight's tilt against the Quebec City Andersons.

-- The Panthers avoid Ovechkin again. Hasn't worked out to their advantage so far.

-- Kenndal McArdle is going to be out at least a few weeks it appears.