« LIVE! From Sunrise: Ducks vs. Panthers | Main | Look Who's Back: Jay Bouwmeester in South Florida » 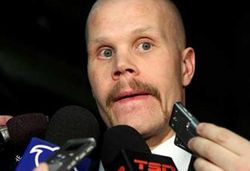 Those of hoping to see Olli Jokinen at The Billboard on Friday when the Flames come to town will now have to wait until the Rangers come to town in April.

The former Panthers captain was traded to the Rangers tonight following the Flames 3-0 loss to the visiting Flyers.

Y'all will just have to settle for Jay Bouwmeester and Nik Hagman.

Jokinen spoke to the media in Calgary after Monday's game and the trade that officially followed it.

Hard to believe the Flames held off on this deal until they played the Flyers. One more game made that much of a difference? 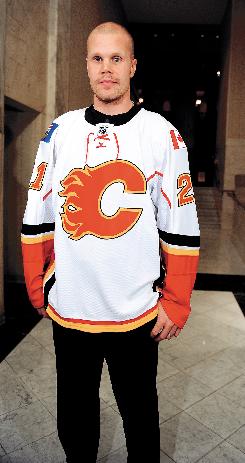 "Eleven months ago, when I got traded here I was hoping I could stay here the rest of my career, but like I say it’s a brutal business,’’ Jokinen told The Calgary Herald, quoted as he was leaving the Saddledome.

"That’s the way it goes. It comes with the salary. When you make $5 million dollars, 11 goals is not going to cut it. It’s definitely a slap in the face to get traded.’’

He also said this about playing in a game -- for a team -- knowing the trade was going down. Word was his wife Katerina went to the game knowing a deal was going to happen soon after the game concluded.

Remember, it wasn't just Olli being traded. It was his family as well.

Like in Florida, Olli was always good at looking at the big picture, knowing that his financial situation won't buy him sympathy from some fans out there struggling to make it in the real world.

"This is what we do for a living,'' he said. "We make good money. We get paid good dollars. [Moving] is the sacrifices we have to do."

Olli isn't headed east to New York just yet. According to reports, he's on his way to California to meet up with the Rangers in Los Angeles. Sports is funny this way, yes? Olli's NHL career started with the Kings before he headed to the Islanders.

Olli came to the Panthers from the Islanders, and this is where he enjoyed his greatest success as a pro. He didn't want to leave the Panthers, know that.

But his actions on the ice in the final weeks of the 2007-08 season all but dictated he had to go. As captain of the Panthers, he lost a room that he had owned months before.

Players who had his back saw what appeared to them as him turning his back on the franchise and hampering the team's chances to make the playoffs to rid them of their coach for reasons as personal as they were professional.

Jacques Martin knew this as well.

When JM was fired as coach but asked to stay on as GM, there was little doubt he was going to trade Olli.

After all, it was Olli's uninspired play down the stretch that helped facilitate JM being fired as coach -- a job he still feels he should still have.

Of course, now looking back, perhaps there was something else there. Olli hasn't put up the same kind of numbers since his skate accidentally slashed Richard Zednik in the neck in Buffalo on Feb. 10, 2008.

After that, he finished with seven goals and eight assists in 24 games (0.63).

So you can see, his numbers have dropped off.

"You’ve got to play hard every time you go on the ice, no matter what distractions you have," Olli said, according to Scott Cruickshank of The Calgary Herald.

"You play for that sweater, that logo on the front, as long as they tell you you’re part of the team. It was a long day. I obviously heard everything yesterday. Last night, I was kind of surprised. It was a big day yesterday. Dion got traded. I, obviously, wasn’t expecting to get moved. It’s part of the business. I’ve got to move on." 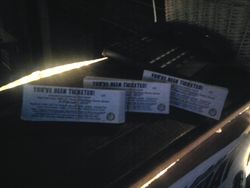 -- Of course, it won't cost much to see Friday's game against the Flames.

Swing on over to Quarterdeck across from Sawgrass Mills and pick up some freebies.