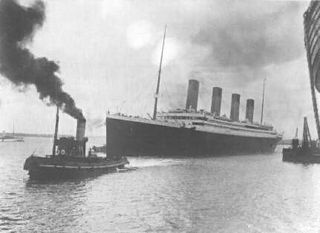 RALEIGH -- The Panthers held a closed door meeting after Tuesday's game and, well, why not.

Captain Bryan McCabe gave us the old "what stays in Vegas" line when we asked what was said, but you could be assured the meeting wasn't about what the fellas had planned for their lady friends of Valentines.

It was an ugly, smelly room without a single smile.

Heck, even their general manager used a Titanic reference when talking about making changes to the roster.

“It is brutal,’’ Randy Sexton spat after Tuesday’s 3-1 loss to the Hurricanes at RBC Center.

“It was [expletive] brutal. We have too many guys who don’t compete. You can’t win in this game unless you’re ready to show up and go to war every night. We don’t have enough of them. .-.-. This is not type of team we want. We’re going to keep making changes until we get that. It takes time.

“It’s like turning around the Titanic and not a rowboat.’’

The Panthers offensive woes could lead to some trades either before this weekend’s Olympic break or in the days immediately following it. The Panthers are playing with little passion and the team’s management seems fed up with it although Sexton said he wouldn’t make a trade just to say he made one. “That never works,’’ he said.

But, he countered “this isn’t going to last. If we can’t make deals at the deadline, I can tell you the guys you see out there now, this will be the last time you see a bunch of them together as a team.’’

Florida’s players, or at least some of them, seem tired of the losing as well.

The team held a closed door meeting following Tuesday’s loss – the team’s fourth straight and fifth in the past six games – as blame was easily passed around from locker to locker.

“Our goalie is giving us a chance to win every night and we’re not creating anything offensively as a team,’’ said captain Bryan McCabe, who wouldn’t divulge some of the things that were said in the meeting. “We’re not playing desperate, with that edge. We don’t have that right now. Beside our goaltender, we’re not accomplishing much out there. We need to pull together.’’

The only players who could be held blameless are goalies Tomas Vokoun and Scott Clemmensen: Vokoun because of his lights-out play and Clemmensen because he’s been on the bench for this entire span of poor play.

“This is too good a league and we’re not a good enough team to show up with our goalie and a handful of guys who want to play,’’ coach Pete DeBoer said. “We’ve had a lot of that lately.’’

The Panthers trailed 1-0 in the second period but was able to tie it up when former Carolina winger Cory Stillman scored. But the Hurricanes closed the period with a second goal and then got another in the third period.

The third goal was all but Florida’s death knell: The Panthers tied a franchise record for scoring futility as they have now gone 11 straight games with two goals or less. The last time that happened was in February 15-March 15, 2003.

In the four game losing streak, the Panthers have scored just four goals (Vokoun has given up 11). Florida has scored a grand total of 13 goals in its past 11 games.

The Panthers recalled Victor Oreskovich on Tuesday, putting the big winger in the lineup for the first time since he was sent back to the minors last month.

Oreskovich, a rookie who quit hockey a few years back before returning this summer, once played for DeBoer in the Canadian juniors and was a physical presence when he initially came up. But, Oreskovich lost some of that physicality in the final stages of his initial 40 games with the Panthers and he was sent back to the minors.

“He has to play like he did when he first made the team,’’ said DeBoer. “Toward the end, when we sent him back, he got away from that.’’

(*) Carolina is now 3-0 against the Panthers on home ice and has outscored Florida 14-5 in those games. Florida is the only divisional team Carolina has a winning record against this season.

(*) Jets coach Rex Ryan was spotted in the stands wearing a Flyers jersey.

He did not flip anyone off, but he did switch to a Canes jersey when prodded by some lovely Caneiac ladies.

I would be the last to poke fun, but it was not a Medium sized sweater.