The Panthers took their official team photo for the 2009-10 season on Wednesday morning.

Congrats to Clay Wilson and Evgeny Dadonov for taking part.

Dominic Moore, Dennis Seidenberg and Jordan Leopold missed out on the fun.

-- Bryan Allen was back on the ice today and went through the full practice. Allen met with the coaching staff after the workout and the word is he'll play tomorrow against New Jersey.

Pete DeBoer continues to heap praise on Allen for playing through the pain. Will have more on Allen in a separate post later.

As far as Allen playing in all three games this weekend, well, that's doubtful. I think we see him tomorrow, with Clay Wilson back in Saturday against the Lightning. Allen will probably be back for the home finale on Sunday. 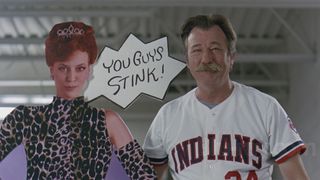 -- Tomas Vokoun is back in net tomorrow after a rough go of it against the Sens.

He was pretty flustered last night in the locker room after Florida installed the 'Ole' defense and left their goalie on an island.

-- Gregory Campbell was out in uniform and skates for the photo today but didn't practice. Neither did Byron Bitz.

DeBoer wouldn't say those two are done for the season, but that's the way it looks.

"There's an outside chance,'' he said. "They both want to play, but I don't know if that's realistic.''

-- Dadonov had a pretty strong NHL debut last night with DeBoer even putting him up on the top line with Nathan Horton and Stephen Weiss for a little bit.

"He was just playing much better than Michael Frolik was,'' DeBoer said simply.

DeBoer also said he liked the way Dadonov carried himself as he tried to make plays and not just sit back and watch. "Sometimes they're a little awestruck,'' DeBoer said.

Said Dadonov: "I just played hard, tried hard the whole game. I was a little nervous. Well, a lot nervous during the first couple of shifts. I had no hands. But it got better after a few shifts. Playing with [Horton and Weiss] was pretty easy. They are so good. It felt like my first game in the NHL. But I'm pretty happy. I waited so long for it.''