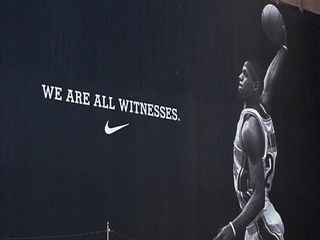 As the Miami Heat try and keep Dwyane Wade and possibly add a couple more superstars to its roster when the NBA's free agency period finally opens Thursday morning, the Panthers will go about their business a little quieter and much more under the radar.

Yes, Thursday is the start of the NHL's free agency period as well.

The Panthers aren't expected to make an offer to LeBron James. Or Ilya Kovalchuk, either. Florida will likely add a few pieces to its roster – a center, a couple of forwards, a defenseman – in the coming weeks.

Just don't expect any superstar additions to the team from Sunrise.

“I don't know how aggressive we're going to be, but we're going to try to get better and find players who make sense for us at this time,'' said general manager Dale Tallon, whose team has 17 NHL regulars under contract for next season.

“I don't think we're going after the top guys, but good guys that can help us and not affect our future.''

The Panthers were about $7 million under the salary cap last season and are currently about $12 million under this year's cap of $59.4 million. Florida still needs to sign a couple of its restricted free agents, but are said to have a budget under what was spent last season.

So, even thought the Panthers are flush with cash under the cap, that doesn't mean they are going to spend it.

“We're going to look at everything and everyone,'' Tallon said. “It's important that we get better. A lot of guys are signed to long term deals so it's harder to find that blue chip guy at the right price.''

Only Clemmensen remains; Leopold, Moore and Seidenberg were traded away last season with the final year of Koistinen's contract bought out after he cleared waivers.

Koistinen will count about $267,000 against the cap this upcoming season. “He didn't work out,'' Tallon says. “That happens. We'll move forward and move on.''

-- The Panthers will hold their rookie camp at their training facility in Coral Springs in the week prior to training camp. The Panthers are scheduled to open camp on Sept. 10.