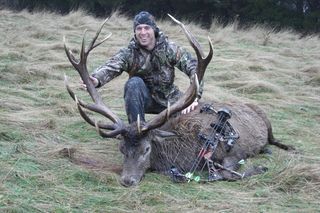 David Booth is done hunting for the summer and is now skating – hard – twice a day in Michigan.

Booth has been on the ice for the past few weeks and says he is feeling good.

“It's coming along, but I can feel the rust coming off. Every day I feel a little quicker. But, no doubt, it's taking a while to get going. I've been going hard. Everything is going good.''

Booth says he has felt no ill effects from his two concussions suffered last season. The first concussion – on Oct. 24 in Philadelphia – cost him 45 games.

On March 25, Booth was knocked out again – this hit ending his season. Booth ended with eight goals and eight assists in 28 games after signing a six-year deal worth almost $26 million – making him the Panthers highest-paid forward.

``This is big. I have a lot to prove,'' Booth said earlier this month. ``Last year was like a year off in a sense. I have been working really hard this summer, trying to get back to where I was before. After the concussions, I couldn't do the things I wanted to do. I'm getting my strength back, my quickness. It's coming along. I can't wait to put things to use when camp opens in a couple of weeks.''

-- So what has Booth been up to this summer? Well, in May, he went to New Zealand and snagged a 14-point Red Stag with his bow and arrow from 40-plus yards out. Then, he and his brother went hunting antelope in Three Forks, Montana. His brother brought one down; Booth didn't.

But that's OK. Booth says he is flying back to South Florida on Sept. 11. That following Sunday, he and a friend are going out into the Everglades to take advantage of the Alligator permit that Booth purchased.

Booth says he would like to get himself a new pair of boots. Or a new belt. “If it's big enough,'' he said, “maybe both.''