« Who You Gonna Watch? Heat Schedule Released | Main | Back in Michigan, David Booth has eyes on South Florida » 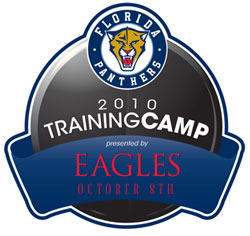 I usually don't write about the Panthers sponsors.

If I did, I probably wouldn't have much time to do anything else -- sleep included.

But this newest one is pretty original. Even by Team Yormark standards.

With the Panthers holding training camp in South Florida this year, one knew it would have a presenting sponsor. That was a given.

I don't think anyone saw that sponsor being the classic rock group the Eagles, however.

According to a release the team just sent out, the Eagles -- 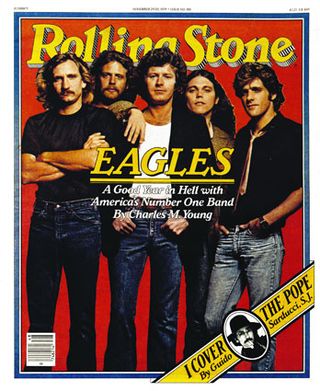 who brought us Hotel California, Lyin' Eyes, Desperado, Life in the Fast Lane, Tequila Sunrise and many more hits -- will be sponsoring Florida's training camp that starts Sept. 18 in Coral Springs.

The Eagles are playing The Billboard on Oct. 8 -- just two nights before the Panthers open their season in Edmonton.

No word on whether Glenn Frey, Don Henley, Joe Walsh or Timothy Schmit will suit up and shoot a few pucks at Tomas Vokoun or not.

One thing we can be assured: Frey will NOT be asked to perform his solo hit The Heat is On.

Unless he visits a basketball game in Miami, that is.

-- Back to hockey talk: The Panthers still haven't gotten back to me regarding Alexander Salak but various outlets have reported that the Rochester goalie will be playing in Sweden next year.

Which is probably fine with the Panthers. The Panthers have too many goalies right now, and Salak can go to Sweden, get some time in, then come on back if that's the plan. The Panthers retain his North American rights.