« Panthers Notebook: Mike Santorelli to Start Season as Florida's Second Center? | Main | Anyone Up for THIS Reunion? Didn't Think So ... Charitable Events ... Coverage for Lightning »

Dale Tallon Drinks From Stanley Cup, Now Name is on It 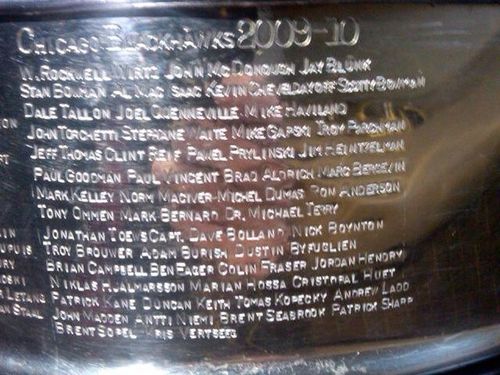 The architect of the Chicago Blackhawks may be starting a new project in South Florida, but his legacy is now secure.

Dale Tallon's name is carved onto the Stanley Cup.

Tallon, the first-year general manager of the Panthers, not only will be getting a championship ring (which the Chicago Sun-Times estimates its worth at $30,000) but his name is engraved on the side of the Cup. 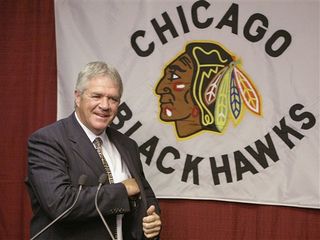 replaced by Stan Bowman prior to the 2009-10 season. Tallon's name is directly below Bowman on the Cup.

“I was always hopeful it would be on there,'' said Tallon, who will get his ring delivered to him from a Chicago team official at a later date.

“I heard through the grapevine during the summer that it would be. When I left for Florida, I told [team owner] Rocky Wirtz I would love a ring if they won it. He wished me well and promised me that. Having my name on the Cup? I hadn't heard about that until later on. Chicago has been more than gracious with me throughout the process. I was proud to be there, and excited to have my name on the Cup.''

Tallon was widely celebrated in Chicago despite watching his former team win its first Cup since 1961 from South Florida. Players he signed or drafted sent congratulatory text messages and called Tallon to share the moment with him. Tallon missed the parade through downtown Chicago but flew there soon afterward to celebrate with his former players – meeting them at a hotel pool bar for a drink out of the Cup.

“I took my family up there,'' Tallon said. “I had promised those players I would drink out of the Cup with them when we won, and they held me to it. It was my first drink in 16 years. Trust me, it was a bellyfull.''

Tallon had been a part of the Blackhawks organization for four decades, dating to his days as a defenseman for the team. Tallon also worked as a team broadcaster and served as Chicago's director of player personnel and assistant general manager.

Upon being replaced by Bowman, Tallon was named senior advisor to the team. He resigned that post in May to become Florida's ninth general manager in franchise history.

He says he hopes the first time his name gets engraved on the Cup isn't the last.

“That's what we want to do here,'' Tallon said. 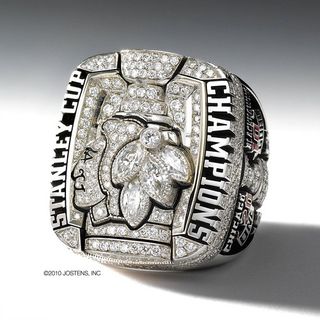 -- Tallon said one of the cool things about the Cup engraving is that his name is directly next to Joel Quenneville.

Those two have been long time friends and Tallon hired Quenneville to be the coach of the Hawks in 2008.

-- Current members of the Panthers organization whose name are engraved on the Cup:

-- Former Panthers John Torchetti (head coach, 2004) and Nick Boynton (defenseman, 2008-09) are also on the Cup as part of the Chicago championship.

-- The Panthers have struggled to win shootout games but perhaps they have found a new weapon. Mike Santorelli, who appears to be Florida's new second line center, scored four goals in a shootout competition at the end of Thursday's practice.

No other player scored more than once. The Panthers were 6-10 in shootouts last season and the team's 35 percent success rate is lowest in the league since the format came into play in 2005-06.

“I think he scored more goals than we got in the shootout all of last year,'' DeBoer joked. “That's a good thing.''

-- Defenseman Dmitry Kulikov (foot) and wingers Byron Bitz (groin) and Chris Higgins (lower body) all missed practice on Thursday and are unlikely to play this weekend in the home-and-home series against Tampa Bay.

FRIDAY'S GAME: LIGHTING AT PANTHERS
When, Where: 7:30 p.m.; BankAtlantic Center
TV/Radio: None