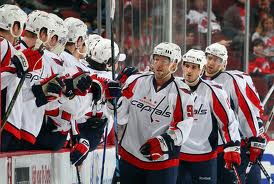 Kevin Oklobzija of The Rochester Democrat and Chronicle broke the story this afternoon regarding the Panthers acquiring veteran center Michael Nylander on loan from Washington with him being assigned to AHL Rochester.

Washington will cover his entire $3 million salary as this is a straight loan -- with the Panthers paying the Caps a nominal fee. Washington can recall him whenever they want.

So, why would the Caps pay his salary and send him to the Panthers affiliate instead of the Hersey Bears? Probably because the Bears are already loaded with veteran guys.

"With Mark Cullen going down [achilles tendon] and Mike Santorelli looking like he has a good chance to make Panthers, we needed a center in Roch. I recognized [Nylander] might be loaned and it never hurts to ask. Washington said sure.

"The Capitals may have as much firepower up front as any other team so you can see why he isn't a fit there anymore. But he is under contract and this gives him a chance to have people see him play. People may be interested as he is a free agent next year. He can show someone he still has enough to sign somewhere else.''