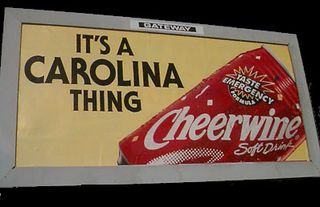 For play-by-play fun, scroll down a few posts.

RALEIGH, N.C. -- It was easy to take a look at the Panthers lineup on Tuesday night and deduct that coach Pete DeBoer was playing guys he wants to take a long hard look at.

After Tuesday's performance against the host Hurricanes, DeBoer is going to continue to give this group a real shot in making the team.

Why not. Four players fighting to make the opening night roster each scored goals in Tuesday's 4-1 exhibition opener in front of 5,839 at RBC Center.

Before the game, DeBoer said that he didn't need to see players like Stephen Weiss or Bryan McCabe much in the preseason, instead, he would like to see more of guys like Mike Santorelli, Erik Gudbranson, Scott Timmins and Nathan Paetsch. When the Panthers play the Bruins on Thursday in western New York, all four could be back in the lineup.

“We're carrying a big roster and won't go with the same lineup,'' DeBoer said afterward. “I'm sure some of them will double up and play in Rochester.''

The Panthers have rarely had much success in Raleigh, but Florida didn't exactly play the 2006 Stanley Cup champs on Tuesday night either.

Carolina coach Paul Maurice, a long-time friend of DeBoer's, also ran out a young lineup with an eye on the future. One player who wasn't a greenhorn was veteran goalie Cam Ward – the MVP of Carolina's Cup run in 2006.

The Panthers youngsters and newcomers took aim at Ward, scoring three goals within a two-minute span in the opening period.

Gudbranson, the big defenseman Florida made the third overall pick in last June's draft, scored on one of his first shifts in a Panthers sweater when he knocked in a puck 3:45 into the game.

“I was all hyped up on adrenaline, was excited and had a good game,'' said Gudbranson, 18. “It was fun, but I can't give enough credit to the guys. It was a team effort, an all-around good game for the Panthers.''

Gudbranson also assisted on Florida's second goal and was named the first star of the game.

“He told me afterward not to get used to that,'' DeBoer joked. “It may never happen again. But what a debut for him. I liked the way he played. He played with authority. He's a hard guy to play against and makes you pay a price. He's kind of like [Carolina's] Tim Gleason. He's a hard-nosed guy. We need that in our defense.''

The Panthers kept coming at Ward with Santorelli – who hopes to be one of Florida's four starting centers next month – whipping one past at 4:56. Timmins also has hopes of being with the Cats this season, and he made his mark at 5:39 when he scored off a pass from Evgeny Dadonov.

Dadonov, who played in four games for the Panthers last year, had two assists.

The Panthers played solid defense against the Hurricanes and got strong goaltending. Scott Clemmensen, Florida's everyday backup, didn't have much work to do early on but ended with 16 saves in 32 minutes of work.

Then came Jacob Markstrom, Florida's goalie-of-the-future. Markstrom, the 20-year-old who has already spent three seasons playing professionally in Sweden, made a number of sweeping saves and didn't surrender a goal in his 28 minutes of action. Markstrom made four saves at the end of the second period, then held off an onslaught of shots as Carolina outshot Florida 13-2.

One of Florida's two shots in the third hit pay dirt as Paetsch put the puck past Justin Pogge at 9:44 of the final period.

“I felt good out there and thought we played a really good game,'' said Markstrom, who gave up five goals to rookies from Nashville last Thursday afternoon. “You have bad games and good games. It's more exciting to be out here with the big boys. I was trying to enjoy every chance I got. I hope to play some more.''