Panthers in HD: Fox Sports to Cover 72 Games, All in HiDef 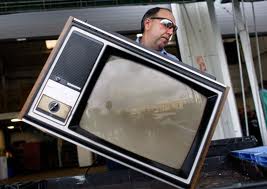 The Panthers television partner is going all out this year, with Fox Sports announcing that all 72 televised games will be in HD.

Good stuff for those of you who have been clammoring for more HD games. According to the Panthers, ratings for games in HD were 30 percent higher than games shown in the traditional (and I don't mean black and white) format.

Of course, you all know the Panthers play 82 games. So that means 10 games aren't going to be shown locally. Instead of telling you which games are going to be on, here are the ones that aren't. And remember, a handful of games are restricted because of Versus' idiotic blackout on some Mondays and Tuesdays.

The highlights for the games on TV are that all games in the month of February and March will be on; in the first two months, only four games won't be on television. But, and I'm no math major, but that accounts to 40 percent of the no-show games. Blame Versus for two of those.

PANTHERS NON TELEVISED GAMES (and why I think they decided against showing):

Oct. 26 at Toronto (Tues): Versus blackout, yes, but game is on TSN in Canada so it will be on Center Ice

Dec. 7 vs. Colorado (Tues): Think the Versus blackout only applies to Oct-Nov so may not be able to blame them. Heat are off...

Jan. 3 at Carolina (Mon): Honestly don't blame them for this one...

April 6 at Washington (Wednesday): Opening week of baseball for Rays and Marlins