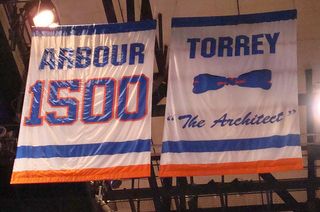 Bill Torrey figured he was out of hockey for at least a little while.

After being forced out by a New York Islanders franchise he helped create and built into greatness, Torrey took up residence in Palm Beach County, ready to live the life of leisure.

Then came H. Wayne Huizenga and his plan to bring hockey to South Florida. Just like that, Torrey was back in the game.

“I decided it was time to take a break and have some fun,'' said Torrey, who has helped build three NHL franchises. “I was here eight or nine days when I got a call from Wayne inviting me down to a football game. We sat in the box and he told me he was thinking of bringing hockey down here. My first reaction was 'are you kidding?' .-.-. He said get a little golf in and then we're getting to work.'' 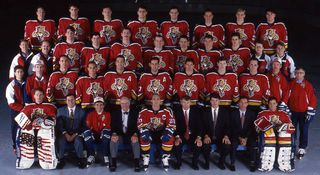 The Panthers will honor their founding father Saturday night before the team plays the Islanders at BankAtlantic Center. Now the team's alternate governor, Torrey will have a commemorative banner raised in the rafters, becoming the only individual so  honored by the Panthers. Florida's other banners commemorate the 1996 Eastern Championship, the 1993-94 inaugural season, the 2001 Draft and the 2003 All-Star Game.

“Wayne wanted to surround himself with good people and he went to the top of the chain in hockey by bringing in Bill Torrey,'' said goalie John Vanbiesbrouck, the first pick of the 1993 expansion draft.

“Hockey and Florida didn't match up. He did an unbelievable job building a hockey environment for hockey people where there wasn't a lot of hockey roots. Bill and the rest of the people there accomplished a lot in a short period of time. He's good for the game.''

Torrey had his work cut out for him when he took Huizenga's offer and started building the team from scratch. Huizenga was awarded an NHL franchise on Dec. 10, 1992; the Panthers and Disney's Anaheim entry began play less than a year later.

Torrey hired Philadelphia Hall of Famer Bobby Clarke to be the team's first general manager, and the two brought in experienced players through a stocked expansion draft. Florida selected players who became cornerstones of the franchise – one that set the league record for most points (83) and wins (33) by a first-year team. Three seasons in, Florida beat the Penguins to claim the Eastern Conference championship.

“The rules of the expansion draft were the best we had seen,'' said Torrey. “There were bona-fide players available and we were able to get a bunch of them. That made a big difference.'' 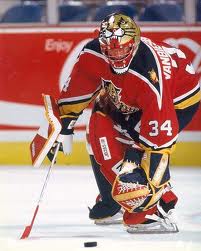 The expansion draft came in June, just six months after the Panthers came into existence.

“Thank goodness Wayne Huizenga had a lot of people working for him,'' Torrey said. “He just had an expansion baseball team and I was able to borrow, beg and steal people from the baseball staff to help us get going.''

The Panthers are the second team to honor Torrey with a banner. At the Nassau Colisieum, the Islanders have a banner with his name and the words “The Architect” next to that of coach Al Arbour. Torrey's Islanders banner has a bow tie on it. 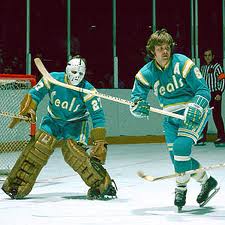 Torrey, known as 'Bow Tie Bill,' took over the Islanders in 1972 after leaving the troubled California Golden Seals the year before. In 1980, the Islanders won the first of what would be four consecutive Stanley Cup championships. Torrey worked for the Islanders for 20 years. He's been tied to the Panthers for 18. Huizenga sold the Panthers to a group led by Alan Cohen in 2000 and Torrey 'retired' in 2001.

Torrey was elected to the Hockey Hall of Fame as a builder in 1995. Torrey's hockey career started in the 1960s when he worked for the Pittsburgh Hornets of the AHL before he moved on to work for the doomed Seals in Oakland. 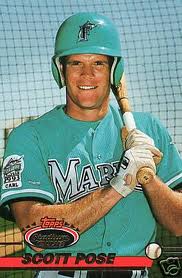 In Florida, Torrey fought off suggestions the Panthers should share the teal-and-black color scheme of the freshly minted Florida Marlins – which Huizenga also started.

“The only real difference I had with Mr. and Mrs. [Marti] Huizenga was regarding the uniform,'' Torrey said. “She loved the Marlins uniform and it had been well received. I tried to convince her a baseball uniform isn't quite what a hockey player pulls over his shoulder. We had some long discussions, but when we opened in Chicago wearing that red jersey, she came to me that night and said 'I love that uniform'.''

The fact the Panthers have jettisoned the original road jersey has not been lost on Torrey. “We'll get 'em back,'' he said.

SATURDAY: ISLANDERS AT PANTHERS
Where, When: BankAtlantic Center, Sunrise; 7 p.m.
TV: No local television
Radio: TBA (640-AM or 850-AM depending on Yankees)
The series: Panthers lead 34-28-8
The game: The surprising Islanders came into Friday with 10 points – tied for most in the Eastern Conference. Since losing to Pittsburgh last Friday, the Islanders have won three straight. .-.-. Michael Grabner, waived by the Panthers at the end of training camp, has two goals and an assist for the Isles. Grabner came to Florida in the Keith Ballard trade last June. .-.-. Tomas Vokoun will make his sixth straight start for the Panthers (2-3-0) after being benched for the third period of Thursday's 4-1 loss to Dallas. Fans are asked to arrive early for the Bill Torrey banner ceremony.