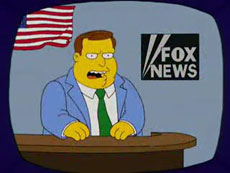 TORONTO -- Those of you who live in South Florida and paid good money for the NHL's Center Ice package should be able to watch Tuesday's Florida-Maple Leafs game despite Fox Sports Florida choosing not to broadcast it in South Florida.

Only Fox is making sure you will not be able to watch the game.

Because Fox owns the rights to the Florida Panthers coverage area, it apparently has the right to decide whether games involving the Panthers from another market can be seen in South Florida. This hasn't been an issue before, but it is now.

Fox is not allowing Center Ice to pick up tomorrow's Maple Leafs broadcast in South Florida. This is the reason Saturday's MSG broadcast of the Islanders game was blacked out as well.

This is affecting ALL teams with a Fox affiliation, including Phoenix and Dallas.

Unfortunately for Florida fans, FS Florida decided to not cover two straight games (who knows why they didn't show Saturday's game but Tuesday was unavailable to them because of the idiotic Versus blackout), thereby meaning the other team's feed cannot be shown in our market.

Just gives everyone yet another excuse to watch the Heat, eh?

Says the Panthers: "Sunrise Sports & Entertainment announced today that due to the ongoing dispute between FOX and the Dish Network, tomorrow’s Florida Panthers game against the Toronto Maple Leafs will be completely blacked out in South Florida.

Due to the current dispute, FOX will not lift the blackout rule allowing subscribers of the “NHL Center Ice” programming package to watch their local team through another market’s feed.''

So, if you have DirecTV and bought the NHL package to get those dozen games FS Florida doesn't show, too bad for you. Same goes for Comcast subscribers and whoever else has cable rights in South Florida.

Here's the email I recieved from Fox Sports Florida:

Fans in South Florida can see 72 Panthers games this season on FOX Sports Florida, as well as hundreds of other teams’ games offered by the NHL’s Center Ice package.
Unfortunately, the decision by another provider, Dish Network, to drop FOX Sports Florida has impacted the availability of some Panthers games on NHL Center Ice for all other distributors, including DirecTV and cable providers.

Funny that FOX has been funding those "get what you pay for" ads in their dispute with DISH and others, yet are basically taking away what viewers have actually paid for.

I'm sure there will be an illegal feed for this game tomorrow. I won't be able to share that with you here, sorry.

(Between the two of us, just send me an email tomorrow and I'll get it to you. Don't tell anyone though. This will be our little secret.)

Also trying to get someone on the line from the NHL to talk about this.

-- Remember when DirecTV had its dispute with Versus last year? I remember hockey fans who were upset about not seeing hockey were given the Center Ice package for free.

Might be worth a call, you know, to your local cable or satellite provider.

-- Speaking of the Heat, it opens another season Tuesday at Boston (TNT). Not a lot of expectations for the Heaters this season, however, after last year's quick playoff exit at the hands of the Celtics.

The team did, however, sign LeBron James this past summer. Didn't know if you had heard.