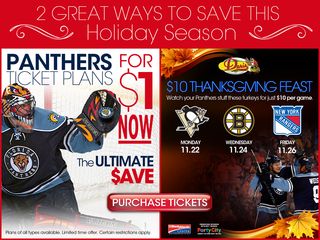 The Panthers have had some incredible ticket offers over the years, from playoff guarantees to LeBron James tie-ins to name-your-own price.

Now, they are offering season ticket plans for a dollar.

That's right, one dollar. It could be the 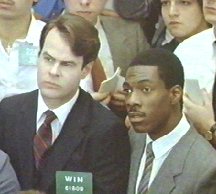 same dollar that Louis Winthorpe and Billy Ray Valentine used as a bet in Trading Places.

It could be the dollar you were going to use on the Sawgrass Expressway or to buy a breakfast sandwich at Burger King. 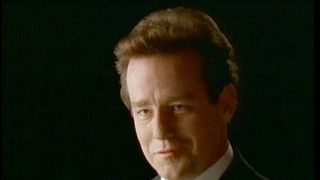 One buck. That's 100 pennies. Four quarters. Two quarters and five dimes. We have ways of making change you probably have never even thought of.

Well, truth is, the Panthers are marketing $1 tickets but that's only for a down payment on a regular (yet reduced) ticket plan.

It's like layaway for season tickets. You basically give the team all your information, they call you and if you like the deal, they'll give you the tickets and bill ya later.

I wish I had a buck to buy some tickets but I used all my singles buying cans of soda in the Islanders press box the other night. It was good Diet Pepsi though. Totally worth it.

But now I'm stuck if I want to drive on the Sawgrass. At least BK takes credit cards.

-- A number of players (Radek Dvorak, Byron Bitz and Dmitry Kulikov) will be at the Cooperative Feeding Program in Fort Lauderdale on Tuesday donating food to underprivileged families for Thanksgiving. The players will help stock the pantries, assist in the kitchen and and hand out turkeys and food boxes to families.

This is a great cause that Mike Van Ryn used to take so much pride in when he was here. Good to see his old mates carrying on the tradition of doing something nice in our community.