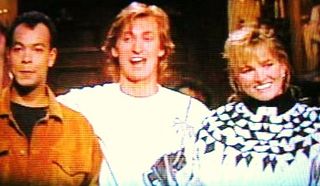 UNIONDALE, N.Y. -- Well, we're not exactly at Rockefeller Center, but we'll be LIVE! from New York tonight as the Panthers take on the Islanders.

Tonight's game will not be carried in South Florida by Fox Sports Florida, but will be available on Center Ice as MSG is covering it.

If you don't have Center Ice, maybe one of your favorite watering holes does. Quarterdeck in Sawgrass does, as does Duffy's. The bar on the second floor of Incredible Ice also has the package so you have plenty of viewing options. 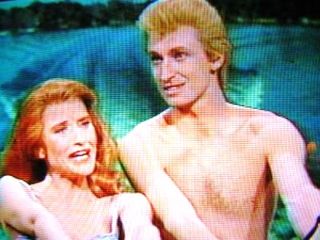 If you don't want to go out and be sociable, I believe it's available online somewhere.

Now, I'm not going to tell you where the link is, but if you Channelsurfing enough (.net) you may just find it.

That said, if I get enough emails or comments here tonight, we'll crank up the LIVE! chat and talk hockey and football and stuff during the game. If you want me to bring back the LIVE! chat, speak up. Or forever hold your peace.

-- Wondering where these pics are from? Check it out here.

-- A little lineup information for ya:

-- According to a tweet from the Islanders (@NYIslanders) Doug Weight will not play tonight because of back spasms. Rob "Schnieder" Schremp will play in his stead.

-- Those of you who like a little radio with your hockey may have to visit another station tonight -- at least early on if the Canes/Virginia Tech game runs long on WQAM.

I'll be sitting next to Randy Moller so check back here later and I'll let you know if there's a station change.