« Frosty in the Springs | Main | Tyler Plante: He'll Be Your Huckleberry ... Howden, Gudbranson On Team Canada » 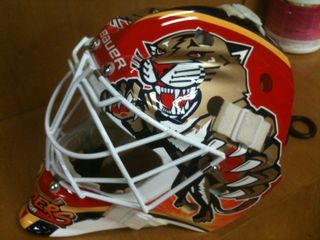 The Panthers injury list got a little more manageable on Tuesday as coach Pete DeBoer confirmed that both Bryan Allen and Chris Higgins would play Wednesday against the Carolina Hurricanes at BankAtlantic Center.

Allen has been out since Nov. 22 with a broken bone in his foot but has been skating for the past few weeks. Higgins has been sidelined with a staph infection first discovered when the team was in Anaheim. Higgins says the infection started to really respond to antibiotic treatment over the past few days.

“I think I really turned the corner when I stayed home on the last trip,’’ Higgins said. “I got better really quick. I’m excited about getting back out there. There’s nothing more painful than missing games and having to watch them on TV.’’

The Panthers hope the return of Higgins will help kick start some offensive production. Higgins has been placed on Florida’s top line and will play alongside center Stephen Weiss and winger Michael Frolik. Higgins has played with those two before – as have a number of different players. 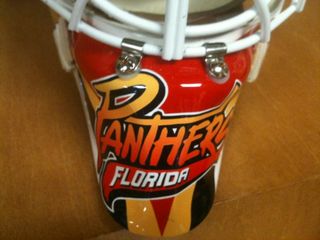 “You hope one of these guys grabs the opportunity,’’ DeBoer said. “Coaches don’t like shuffling lines. I don’t like lying in bed with line combinations running through my head. The perfect night for a coach is knowing who is working and playing well with each other and you keep them together. But someone has to grab it.’’

Weiss, for one, is excited to have Higgins back. Higgins, who has three goals and three assists in 23 games, is a player who will not only go to the front of the net to try and create openings, but also has a good shot and can create offense on his own.

“We have a lot of guys injured so it’s great to see guys coming back. The more the merrier,’’ Weiss said. “We’ve been struggling to score, so hopefully he’ll give us a boost. He’s a big, strong guy with above-average skill. He’s unbelievable. Hopefully we get some time together, figure things out. I’d like us to get something going early so we can stick around a while.’’

Allen has been working out and skating, but when he’s not, he’s been sporting a walking boot to at least keep his foot stable. Allen was seen wearing the boot on Monday at the team’s golf tournament. 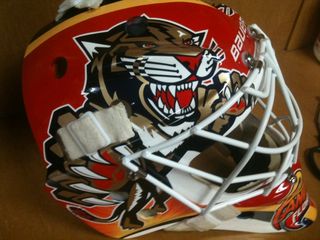 “I feel great, ready to play again,’’ said Allen, who didn’t play Monday but cruised the course in a golf cart visiting fans and teammates. “I just want to play.’’

Said DeBoer:  “You know what he brings. He’s a warrior and brings a consistent physical presence that we need. We miss him when he’s out. Saying that, the other night against Washington was the best outing of the year for our group of six defensemen. It’s nice to see we have people to fill in.’’

-- To make room for Higgins, Kenndal McArdle was sent back to the Panthers AHL affiliate in Rochester, N.Y.

-- Rostislav Olesz (finger) and Byron Bitz (sports hernia) were also skating on Tuesday, taking the ice at the end of practice for their own session.

Olesz, who fractured his middle finger, had the cast removed and was seen wearing his gloves and shooting the puck during his practice time. He said Monday that there is still pain and lack of flexibility in the finger, but when cleared by the team’s medical staff, he’ll play. 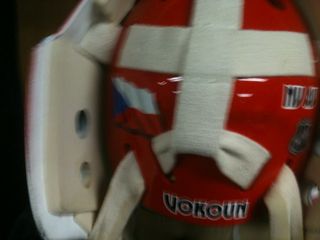 WEDNESDAY: HURRICANES AT PANTHERS
When, Where: 7:30 p.m.; BankAtlantic Center, Sunrise
TV/Radio: FSNF; WQAM-560
The series: Carolina leads 45-33-11
The game: The Hurricanes have lost seven of its past 10 games but still sit above the Panthers in the standings. The two teams have split the two games played this season, with each winning at home. .-.-. The Panthers had their three-game winning streak snapped Saturday with a 3-0 loss to the host Predators. This kicks off a two-game homestand for the Panthers. They have played just 11 home games this season.