Florida Panthers Going Back in Time: Team to Practice in Pompano on Saturday, Miami in Future 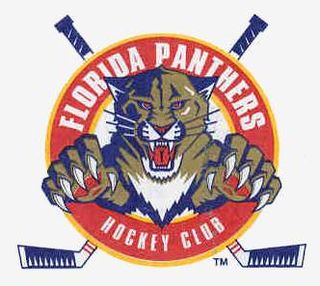 TORONTO -- When the Panthers came into being in 1993, they had an arena to play in but no real practice facility.

So, the team would play its games in Miami, yet practice all the way up in Pompano Beach at the Gold Coast (now Glaciers) Ice Arena.

Well, it's too late for the Panthers to lace them up at Miami Arena, but they can go back in time.

On Saturday, the Panthers are rumored to be returning to their roots by holding a practice at the very old-school Glacier Ice Arena in Pompano Beach.

This would be the Panthers first practice outside of Incredible Ice in Coral Springs since the new facility was built -- save for a few workouts at Pines Ice Arena when Incredible Ice was out of commission due to Hurricane Wilma. 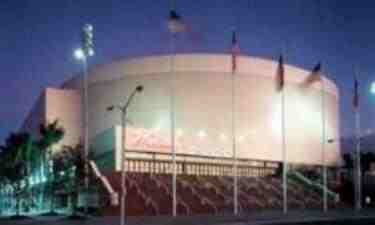 On Monday, the Panthers announced a new "Rink Coalition" with the different ice and in-line rinks joining forces to help promote hockey in our area.

My opinion: Home run. This is something we've been needing down here for some time.

The plan is, the Panthers will go out to other rinks in South Florida for practices to help spread the game. Not a thing wrong with that. That means fans in West Palm can see the Panthers workout in their town one day, then folks in Pembroke Pines can do so as well.

The Panthers also plan on practicing at Kendall Ice Arena sometime in the near future, marking the first time the Panthers have been on Miami-Dade ice since the final game at Miami Arena in 1998.

-- Got any cool photos from those old practices in Pompano? Feel free to email them to me (grichards@MiamiHerald.com) or LIKE our Facebook page (On Frozen Pond) and post them there.

Will run some of the best ones before the Panthers return to the Pompano ice on Saturday.

-- Here's the release from the Panthers:

The mission of the Florida Panthers Rink Coalition is to unite local hockey facilities and organizations that are willing and able to work collectively to support and grow the sport of hockey in South Florida. As one united force, the Rink Coalition creates unique opportunities and events, and supports existing initiatives, that engage the entire South Florida hockey community.