Despite winning two Stanley Cup championships in the previous decade, the NHL's Southeast Division has rarely received much respect.

Because even when Tampa Bay hoisted the Cup in 2004 – and Carolina did so in 2006 – there wasn't much else to the division.

Not so this season.

Coming into Tuesday's games, three teams from the Southeast are entrenched in a playoff spot in the Eastern Conference. The other two teams – Carolina and Florida – aren't too far out of eighth place, either. Carolina came into the day four points back of Montreal; the Panthers were seven points out.

“Potentially, down the road, this could be one of the power divisions in the NHL,'' coach Pete DeBoer said. “People snicker at that based on what it's been over the past five years, but that's what it is trending toward. You have young teams with a lot of star power that are young. Atlanta's going to get better and better, so is Carolina. Tampa is at a different level this year. It's our job in Florida to keep up with them because they're all getting better.''

Last week, the Panthers found themselves playing some of the league's traditional powers, hosting games against 'Original Six' franchises like the Rangers, Bruins and Canadiens. This week brings the Panthers closer to home. Florida kicked off its week with a win over the Rangers in Sunrise before the team won 4-3 in overtime at Carolina on Monday.

Florida's game against the Rangers started a set of five games in seven days. The game against Carolina  began a run of five straight games against divisional opponents. If the Panthers are going to start gaining some ground in this playoff race, a few wins this week would be a good way to start.

And with the improved play of the Thrashers, Hurricanes and Capitals, it's not going to be easy sledding.

“It's tough because they are all big games,'' said Cory Stillman, who played for both the Lightning and Hurricanes title teams. “But January is a great time. We can climb up in the standings because we are all playing head-to-head. We have 14 games left before the All-Star break and a lot of the games are within the division. It is improved. Three Southeast teams are in the playoffs. We're all battling.''

The Panthers play host to Nashville and New Jersey next week, teams the Panthers don't see too much of over the course of a year. With the divisional teams, however, the Panthers are very familiar with their rivals. Atlanta general manager Rick Dudley once ran the Panthers and scouted Sunday's game from the BankAtlantic Center press box. Florida will play Carolina twice this week and has a home and away series with the Capitals.

“More familiarity doesn't make it any easier,'' DeBoer said. “We've had real good games with Carolina this year. Look at the standings, and from a coaching perspective, you don't need a lot of speeches for these games. The guys know what's at stake and they get up for these games.'' 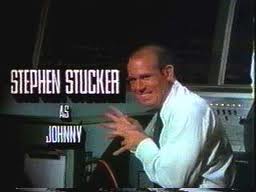 When the Panthers announced that winger Cory Stillman suffered a fractured disc in his lower back, it was thought he would be out a considerable amount of time.

Stillman ended up missed less than a month, returning to the lineup Friday. Stillman admits to taking it slowly early, although his line looked strong Sunday and Monday and Stillman ended up with a goal and an assist in Monday's win.

The two-point game was first of the season for Stillman. Radek Dvorak, who teamed back up with Stillman and Marty Reasoner after his shoulder injury, got his first point since returning as well.

“You get the momentum and back to game speed the more you play,'' Stillman said. “That's the good point of playing every other night. We get better as a line. You've seen improvement each game because we're almost playing every night. When you get going, it's a lot of fun. We read off each other very well, offensively and defensively.''

-- Winger Michael Frolik had two assists in Monday's game, the second time in his past four games that he's registered two points.

-- Of the seven goals defenseman Bryan Allen has scored in the past two seasons, three have decided games. Allen scored the game-winner Monday in Carolina less than two minutes into overtime. His last overtime winner came at San Jose on March 13, 2010. 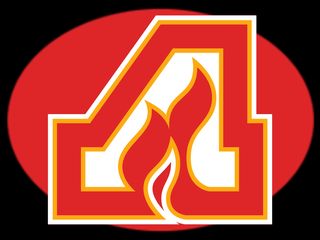 WEDNESDAY: THRASHERS AT PANTHERS
When, Where: 7:30 p.m.; BankAtlantic Center, Sunrise
TV/Radio: FSNF; WQAM 560
The series: Atlanta leads 34-25-5
The game: The Thrashers had been on a hot streak before ending December with just one win in their final six games of the month. Atlanta is coming off a 4-3 win over Montreal on Monday. The two teams have split their previous two games this season – both teams winning one-goal games on the road. Florida has won two straight and is 5-1-2 in the past eight games.