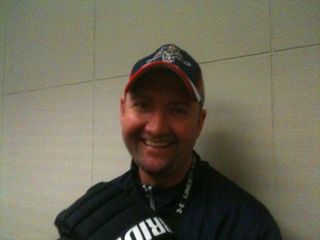 Before we get into the Panthers Notebook culled from today's practice at Air Canada Center, check out Pete DeBoer's new look.

He won't say if his goatee will make it to Tuesday's game. It's apparently a gametime decision.

Now, on to the hockey news!

TORONTO – The Panthers go into the unofficial second part of the season looking for scoring anyway they can get it.

Center Shawn Matthias had been playing well going into the All-Star break, but broke his right ankle after slamming into the boards last Thursday night in Boston.

Matthias, who had a point in each of the three games going into Boston, will be out an estimated six to eight weeks.

“He was playing strong,'' coach Pete DeBoer said after Florida's first practice since the team's four day break for All-Star Weekend. “He's a big guy who gets up and down the ice. He'll be missed, but this is someone else's opportunity.''

With Matthias out, DeBoer switched up his lines on Monday and moved struggling winger Michael Frolik to the fourth line. 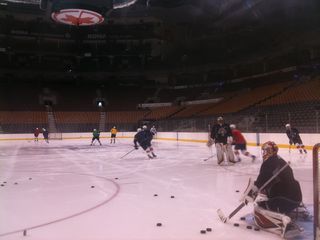 The move was made as much out of desperation as it was necessity. Frolik, who had scored 21 goals in each of his first two seasons with the Panthers, has not scored a goal since 17. This run of 19 straight games without a goal is the longest drought of his short NHL career.

Frolik was working at center on the fourth line, flanked by Steve Bernier and Darcy Hordichuk. This combination probably won't help Frolik break his dry spell, but because of injuries, this is as close to a benching as DeBoer can come up with right now. Frolik was scratched from the lineup on Oct. 28 in Ottawa after he opened the season with no goals in seven games; he bounced right back, scoring four goals in his following five games.

DeBoer hopes this move is another wakeup call. Frolik has no points in 11 straight games.

“This has never happened to me in this league before and it's been very stressful,'' said Frolik, who estimates that he hasn't played center regularly in seven years. “The games go so fast. You go five games without a goal and soon it's 10 then 15. They pile up. I'm trying to play more relaxed, not try to do so much. Sometimes that goes against you. I can't think about this too much, just play the game. I just need a bounce or a lucky goal to turn this around. It's not easy.''

Said DeBoer: “We kept him on the [first] line and gave him the opportunity. You can live with it if opportunities are being created, but when they dry up, that's the red flag that we have to do something. He's got to dig himself out of the hole and he's done it before. He's responded well. He's not alone in the dry-up department when it comes to the goal department, but he's probably the biggest offender in it.''

The Panthers are very light throughout the organization at the center position, although Bill Thomas or Mark Cullen could be recalled from Florida's AHL affiliate in Rochester, N.Y., if the Frolik experiment doesn't work out. 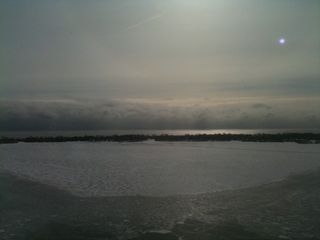 Florida could recall a forward prior to Tuesday's game as well because of the close proximity to Rochester. Bernier has been a healthy scratch the past two games as he hasn't scored since Dec. 9.

-- The Panthers announced a plan Monday in which the team is joining forces with different ice and inline skating rinks throughout the tri-county area to help promote the team and “build the game,'' as DeBoer put it.

The Panthers, who have their own training facility in Coral Springs, plan to hold practices at different rinks throughout South Florida. The Panthers will return to Glacier's Ice Arena in Lighthouse Point for Saturday's practice, the first time the team has been there since their early days. Florida used to practice at Glacier when it was called Gold Coast Ice Arena before building Incredible Ice in northwest Broward. 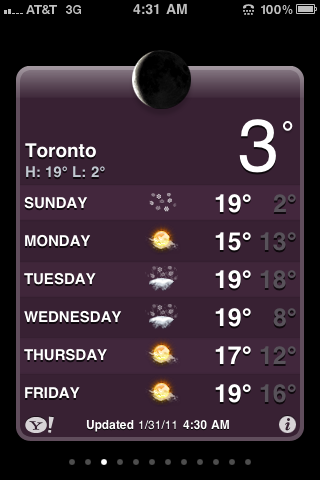 The team also plans on holding practices at Pines Ice Arena and Kendall Ice Arena as well as venturing into Palm Beach County in the near future. The Panthers haven't left Coral Springs for a practice since the team was forced to use Pines after Hurricane Wilma. A practice in Kendall would be the Panthers first on-ice activity in Miami-Dade County since leaving Miami Arena in 1998.

“It's no secret that grass roots is how you build a fan base,'' DeBoer said. “Having two kids in minor  hockey in South Florida, I can appreciate that even more. I'm all for to exposing the NHL to as many young hockey players in our area as we can. Los Angeles, Dallas are great examples of how they poured a lot of resources and time into the youth hockey. That translates to more fans in the seats.''

TUESDAY: PANTHERS AT MAPLE LEAFS
When, Where: 7 p.m.; Air Canada Center, Toronto
TV/Radio: FSNF; WQAM 560/WFTL 640
The series: Toronto leads 28-19-7
The game: This is Florida's second and final trip to Toronto this season. On Oct. 26, the Leafs won 3-1 after Scott Clemmensen was run over by Colton Orr as what turned into the game-winning shot was coming toward the net. Clemmensen will be back in net Tuesday. .-.-. The Panthers have a six-point lead on the Leafs in the standings. Florida has lost five of its past six games, getting a point in three of those losses. The Leafs have lost six of their past seven.