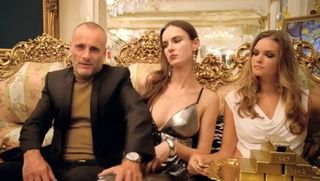 ATLANTA -- The Florida Panthers placed Steve Bernier on waivers on Thursday. Bernier will likely clear on Friday and right now, it's unclear what the Panthers have planned for him.

He did not practice Thursday in Ottawa – more on that later.

How, exactly, is the Keith Ballard trade to be judged?

So far, the Panthers got exactly what they wanted out of it.

I got called on the carpet by some Panthers front office people for calling that trade a salary dump. 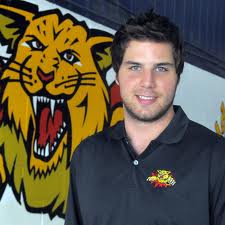 The Panthers shed themselves of a bad contract signed by the previous regime.

Ballard is a good player and a great guy. I didn't want the Panthers to trade him solely out of selfish reasons.

But by trading him to the Canucks, the Panthers unloaded five years and $21 million. Ballard's defense has not been missed as the Panthers are very deep in that position (although word is the Rangers and Panthers are close to finalizing a deal for Bryan McCabe.)

The Canucks got Ballard and Victor Oreskovich. Florida got Bernier, Michael Grabner and the 25th overall pick. 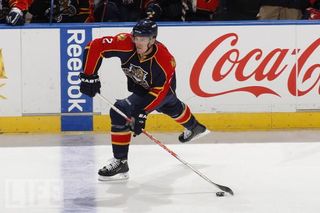 It's obvious now all the Panthers wanted was Ballard's contract to be gone and that 25th pick. Bernier came in the deal to offset the money; Grabner was a throw-in to sweeten the pot as word is the Blues were anxious to pick Ballard up as well.

Bernier, a restricted free agent, may not have played his last game with the Panthers but he won't be back next year. Grabner struggled through training camp and was waived, promptly picked up by the Islanders.

The Panthers say Mike Santorelli beat Grabner out for a roster spot, but that's not all together true.

Had the Panthers not given Steven Reinprecht such a large deal (two years left at $2.175 million per at start of the season), Grabner could have stuck around. The Panthers didn't want to waive Reinprecht (who would have cleared) and then have to pay him NHL money to play in Rochester.

Regardless, the Panthers lost Grabner and ended up paying Reinprecht's salary anyway. Reinprecht is making NHL money playing in Germany and will likely be bought out of his final contract year over the summer.

After being beaten 5-1 in successive games to Islanders and Senators (not exactly the Flyers and Red Wings), DeBoer put the Panthers through their paces on Thursday in Ottawa.

“There wasn't a puck to be seen,'' said Darren DeSaulniers, my eyes and ears in Ottawa this week.

Pete has been reluctant to put his team through a bag skate, and honestly, I think Thursday's skate-only session may have been his first in three years here. The last bag skate I can remember was put on by Jacques Martin. He did a few of them, one memorable puke-fest coming in Raleigh.

-- Will have more from Darren – hopefully a Jack Skille update – later this afternoon.

Also scheduled to speak with Tallon sometime today and will have a post on that as well.

-- FYI: McCabe did practice with the Panthers today and is scheduled to fly with the team to Atlanta. Will let you know if he makes it here.