« Best Sign to Ever Grace The Billboard? ... With More Descriptive Video | Main | Another Guarantee from the Florida Panthers: A 2011-12 Season »

Kenndal McArdle Is Back With a New Number ... Bryan McCabe Makes Return vs. Red Wings ... Speaking of Detroit... 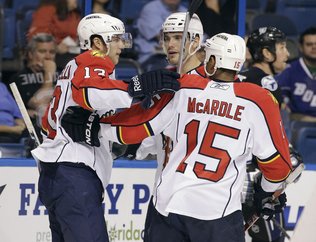 Kenndal McArdle was brought up from Rochester last night as a precaution for Steve Bernier missing another game with the flu.

Who else wore that number in Panthers history?

Why hasn't this number been retired yet?

-- Bryan McCabe will be in the lineup tonight with Gord Murphy telling me they are going to keep an eye on how much McCabe plays. He hasn't been in the lineup since breaking his jaw a month ago.

McCabe says he's excited to be back in the game.

The Panthers are too.

Vokoun hasn't fared real well against Detroit over the course of his career. In 31 starts, he has just nine wins with a 3.20 GAA and a save percentage of 91. 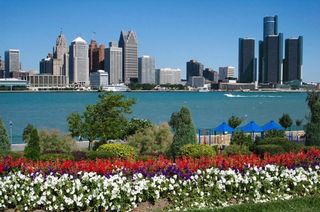 Scott Clemmensen, FYI, beat the Wings at Joe Louis Arena last year, stopping 39 of 40 shots as Florida won in the D for the first time since 1996.

Florida has only won two games in Detroit in franchise history.

-- The will be David Booth's second game against the Wings in his career. He missed one game in Detroit because of a knee injury, and was out for last year's win because of the concussion. 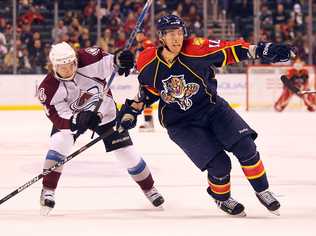