With the Panthers not creating much of anything Sunday against visiting San Jose, coach Pete DeBoer did some minor modifications to three of his team's four forward lines and may have found something that works.

The new combinations helped Florida score three goals in the final 21 minutes of what turned into a 3-2 victory over the streaking Sharks.

With the Panthers struggling to score, DeBoer apparently doesn't want to mess with even moderate success.

Higgins seemed to be the biggest benefactor of the switch as he had numerous scoring chances against the Sharks and ended up tying the score when his shot found its way past goalie Antti Niemi.

“We had 11 shots at the end of two periods,'' DeBoer said. “We weren't getting thing going offensively. Higgins kickstarted his line. I like his game lately. He's working hard, battling for pucks and quietly putting together a good season, one we anticipated he could have.''

Higgins, who had been playing with Stephen Weiss and Jack Skille, says having a big forward like Rostislav Olesz get in front of the net and create space really helps shots find their way. Olesz was camped out in front of Niemi when Higgins' backhanded shot took flight.

“Playing with Weiss was a lot of fun, he creates a lot of offense, but I liked playing with Reasoner earlier this season and I think it's going to work well,'' Higgins said. “On the right side, both Skille and Olesz are big guys. That's nice to have a big presence around the net. They protect the puck well in the corners.''

Defenseman Bryan McCabe was back on the ice participating in a full practice one month after breaking his jaw in a game against the Devils. Doctors said McCabe would be out six to eight weeks after the injury, but he looks good and is ready to jump into the lineup.

DeBoer says the Panthers have to slow McCabe down a bit and that the Panthers captain wouldn't be in the lineup Wednesday against the Flyers. McCabe could play Friday against Detroit.

“He looks good, but the doctors and the trainers will say one thing and that's probably not the same as his mindset,'' DeBoer said. “He'll be in sooner than later. If he keeps going the way he is, I would anticipate him in there this weekend. He's adamant he'll be back this week.''

DeBoer also said that while Dmitry Kulikov's ankle isn't broken, it is severely bruised. DeBoer said it will be at least a week before Kulikov can begin skating, and likely two weeks before he's back playing in games.

The Flyers made a nice deal on Tuesday, getting forward Kris Versteeg from Toronto in exchange for a first and third round pick in the upcoming June draft.

Versteeg, who had 14 goals with 21 assists for the Leafs, was a key member of the Stanley Cup champion Blackhawks last season. In 22 playoff games, Versteeg recorded 14 points. He has two goals and three assists against his new teammates in the 2010 Finals.

“They made themselves a lot stronger,'' DeBoer said. “He fits right into that third line.''

Versteeg was expected to make his Philadelphia debut Tuesday night in Tampa Bay. 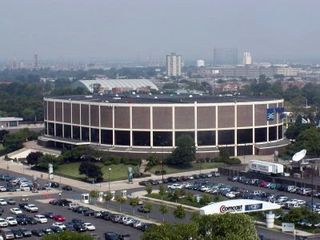 WEDNESDAY: FLYERS AT PANTHERS
When, Where: 7:30 p.m.; BankAtlantic Center
TV/Radio: FSN; WQAM 560
The series: Flyers lead 38-26-7
The game: The Panthers have done surprisingly well against the Flyers of late, winning 12 of the past 18 meetings. Florida split the first two games between the two this season in Philadelphia, with the Panthers winning 5-0 on Dec. 20. Florida – which will start Tomas Vokoun in net -- has won the past three games against the Flyers at BankAtlantic Center dating to the 2008-09 season. The east-leading Flyers had won three straight before being shutout by the Kings 1-0 on Sunday. Philadelphia played at Tampa Bay on Tuesday night.