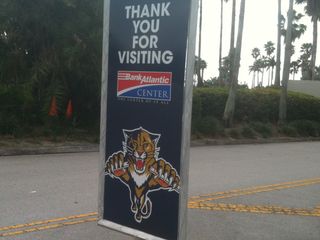 The Panthers officially fired coach Pete DeBoer on Sunday morning, hours after his team ended the 2010-11 season with a 1-0 win over Washington.

DeBoer and GM Dale Tallon won't be speaking about the matter until Monday's season-ending meetings at the team's training facility in Coral Springs.

Briefly spoke to Pete this morning and he seems relieved it's all over. He'll be fine. As much as he wanted to stay, the thought here is he isn't upset to be leaving the NHL's 'Land of Broken Promises brought to you by Steve's Pizza Kitchen and Bagel Shoppe of Tamarac.'

''I've never been fired before,'' Pete said with a laugh. ''Strange feeling.''

-- The Panthers later announced that Jim Hulton and video coach Jamie Pringle were also let go. Unlike DeBoer, Hulton and Pringle didn't have contracts for next season. They were told their deals would not be renewed. 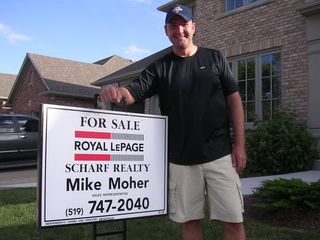 Goalie coach Robb Tallas also doesn't have a contract, but he'll be allowed to stick around and interview with the new head coach.

Gord Murphy does have a year left on his contract and the same goes for him. Strength coach Craig Slaunwhite is also still around awaiting word from the new coach.

-- Who may the new coach be? A few names bandied about, but I would guess Dale Tallon is going to go with a coach who has some experience.

Could we be looking at a guy like Ken Hitchcock, a proven winner who is a good teacher? How about former Penguins coach Michel Therrien? He has a place in Hollywood and has been around the Panthers -- watching from the press box -- for much of the year. 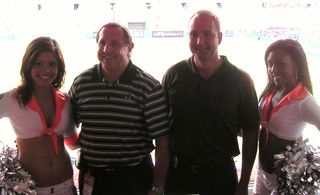 OK, well, that's a stretch. Would be fun though.

Anyway, this list is probably a few pages long. Who is close to Dale Tallon? Just about everyone. And then there's the Mike Santos factor. Who is he going to try and get in here?

This should be very interesting.

Again, more as we go through the day.