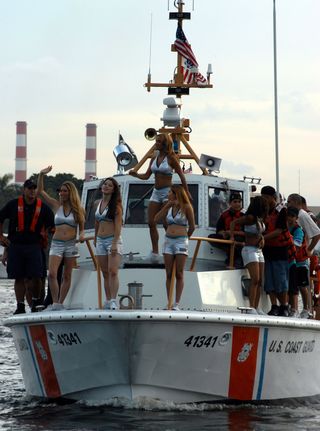 The Dallas Mavericks had their parade on Thursday. The Bruins will have theirs on Saturday morning (more below).

Let us gaze WAY into the future and ponder this: What IF the Panthers were to win the Stanley Cup? Where would the team hold the parade?

Since the Panthers play way out in the burbs, they really don't belong to any one major metropolitan center of South Florida.

When the Marlins won the World Series in 2003, they held a traditional parade in downtown Miami as well as a boat parade down the New River in Fort Lauderdale.

Of course, the Devils and Hurricanes both held their Cup parades in the parking lots of their home arena. The Carolina parade was pretty cool, the Canes starting the NC 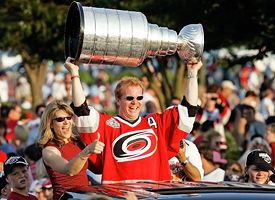 State football stadium before working their way back around the perimeter of the arena.

The Panthers could always hold the parade around the access road of the Sawgrass Mills Mall and then hold a rally in the arena parking lot across the street.

I doubt the Panthers would hold anything south of the Broward County line, so that means a traditional parade down Flagler Street in Miami is out. Downtown Fort Lauderdale -- maybe down Las Olas -- is more likely.

One thing is for certain: The parade will be sponsored by someone.

Of course, this is something no one is worried about right now. But, if you want to vote on your selection, have at it. A new On Frozen Poll is below.

As far as the Florida Bruins go, NHL Network will carry the NESN coverage of the Bruins' parade from TD Garden to Copley Plaza starting Saturday at 10 a.m. NHL.com will also stream the parade.