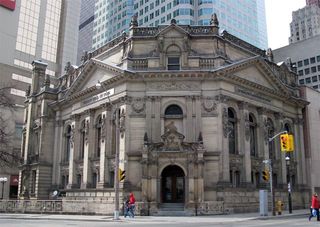 The Hockey Hall of Fame announced that four players would join its exclusive group today and two of them have ties to the Florida Panthers.

While Nieuwendyk and Belfour made their careers long before they came to South Florida, both ended their NHL careers here and will be remembered for their short time here.

Nieuwendyk struggled with back pain in the final years of his career and that forced him to retire on Dec. 6, 2006 after playing just 15 games. Nieuwendyk played at Cornell University before joining the Flames where he was the league's rookie of the year in 1988. Nieuwendyk won the Stanley Cup with Calgary in 1989 as well as with Dallas in 1999 and New Jersey in 2003. Nieuwendyk spent the 2007-08 season serving as Florida’s special assistant to general manager Jacques Martin.

Nieuwendyk, 44, was selected in his second year of eligibility.

“What a thrill to get that call even though we're so busy here,'' said Nieuwendyk, now general manager of the Dallas Stars. He says he was working with his staff gearing up for the upcoming free agency period when he got the call.

Belfour spent just one season with the Panthers, signing with the team on July 26, 2006 – just weeks after Florida traded Roberto Luongo to Vancouver. Belfour ended up taking the starting job from Alex Auld that season, going 27-17-10 with a shutout for the Panthers that season.

Belfour also set the Panthers all-time record for consecutive games played, appearing in 27 games from Jan. 20-Mar. 27. Had Florida not traded for Tomas Vokoun, he was expected to be invited back for the 2007-08 season. Instead, Belfour went to play in Europe. 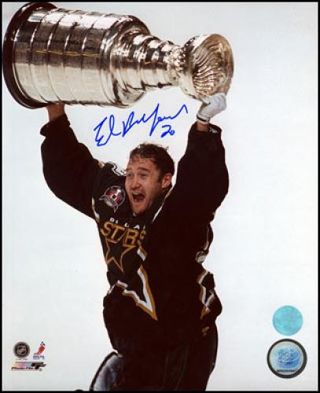 “It really is,'' Belfour said when asked about the honor of being a first-ballot inductee. “I didn't expect it in any way. I feel like it was a real surprise, a real honor. It's even more of an honor to be picked right away. I was just flabbergasted when I heard about it.''

Belfour had some memorable moments in South Florida, most of which weren't all that positive.

His last act as a member of the Panthers was being arrested on South Beach after the Panthers season-ending party. This came after the alleged fight in the hotel lobby on Long Island in which Auld cut his head when he "slipped in some water.''

That said, Belfour did a lot of good with his charities and brought a number of sick children to games through his work with Make-A-Wish.

And, of course, there was this. This video comes from Belfour's second-to-last game as a member of the Panthers on April 1, 2007. Belfour's final NHL game was a 7-3 win for the Panthers over Tampa Bay on April 6, 2007.

-- Pavel Bure, a member of the Panthers from 1999-2002 and a two-time Rocket Richard Trophy winner with the Cats, didn't make the cut this year.

Here's a tweet from his brother Valeri Bure, also a former member of the Panthers. (You can follow him @ValBure): Congrats to the guys that got into Hockey Hall of Fame today. But I think it's a big joke that my brother did not make it again :-(