Come on Down, You're Next to Sign with the Florida Panthers! 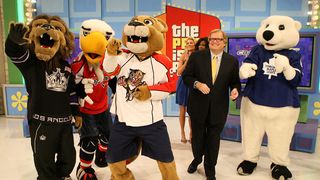 Dale Tallon promised he was going to rebuild the Panthers when he arrived in town last summer, and Friday was his biggest step in doing just that.

Tallon and assistant general manager Mike Santos were the busiest executives in all of professional sports on Friday as the Panthers either signed or traded for eight new players.

Despite dark skies and a steady rain, there were few gloomy faces at the BankAtlantic Center. It was a rare day in which the sun definitely shone on the Florida Panthers.

“It was a great team effort in pushing this franchise in the right direction,'' general manager Dale Tallon said. “We're very satisfied with the day.'' 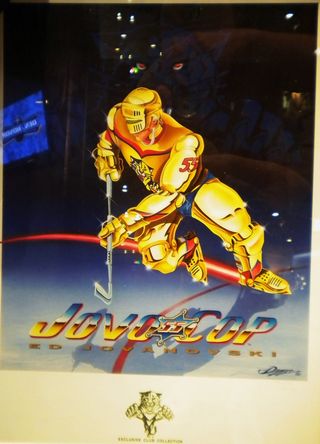 The Panthers went from last place in the league in committed salary for next season toward the middle of the pack. Florida now has more money (an estimated $48 million) committed to the 2011-12 season than the Rangers, Maple Leafs, Senators, Avalanche and Predators among others.

“I'm really excited to be a Panther,'' said winger David Booth, one of the few holdouts from last season. “This is by far the most we've done since I've been here. This is change that's been needed. It's going to be a brand new team, guys have a lot to prove. This is awesome to see. I want to be part of this process. I know things are going to change around here. These guys want to win. Man, it's exciting.''

How busy were the Panthers? Florida hooked four players less than two hours into the opening of the free agent market. By the end of the day, four more were in. Florida didn't announce the Bergenheim signing until after 8 p.m.

And the Panthers aren't done yet.

“The phone just keeps ringing,'' said Santos, who didn't leave the arena until after 9 p.m. “It seems like every time we add a player another wants to join us. It's just another step in the process.''

The first deals of the day came not long after the opening bell sounded Friday at noon. Theodore, who won the Vezina Trophy for the league's top goaltender in 2001-02 for Montreal, was one of the first to come into the fold. The Panthers had been negotiating with goalie Tomas Vokoun and said he was their first choice.

Vokoun's agent apparently passed on Florida's final offer when told the team was close to signing Theodore, so Vokoun's four-year run with the Panthers is over. Theodore was signed with the thought he'll start next season, although Scott Clemmensen – Vokoun's backup the past two seasons – will have a shot at the job. Theodore was one of the cheapest players signed by Florida on Friday, the 34-year-old veteran getting $1.5 million in each of the next two seasons. Vokoun had been making $5.7 million.

Theodore ranks sixth among active NHL goalies in games played (580) and is eighth in wins (260).

Not long after inking Theodore and Upshall, Florida brought back Jovanovski. The first pick of the 1994 draft by the Panthers, Jovanovski was traded to Vancouver as part of the Pavel Bure deal back in 1999. There had often been talk of 'JovoCop' returning to the Panthers, although things never worked out. Jovanovski, a five-time All-Star, signed a four-year deal with the Panthers.

“It's good to be back in Florida, especially with the moves that Dale is making,'' Jovanovski said. “The guys they're adding shows great promise for the organization. You have to believe it will get done looking at Dale's past and what he did in Chicago. You have to look at him as the primary reason all those guys are there.''

Tallon was able to swing a big deal for Flyers forward Kris Versteeg later in the day, giving up a second  and a third round pick in the process. Versteeg, 25, won the Stanley Cup in 2010 has hit the 20-goal plateau in each of the past two seasons. The Panthers had been rumored to be in the market for Versteeg for some time.

Florida later added Fleischmann, a talented winger who has had health issues in the past. Fleischmann missed most of last season after it was discovered that he had blood clots in both lungs.

Fleischmann, who played for Washington and Colorado last year, was put on blood thinners and has been cleared to continue his career. Bergenheim, the latest edition to the Panthers Red Friday Class of 2011, scored nine playoff goals for the rival Lightning last season. He'll get $2.75 million in each of the next four seasons.

The Panthers may not be completely fixed, but the overhaul is definitely underway.

“This was a very easy decision for me to make,'' Upshall said. “This is going to be a fun year. .-.-. It's a great feeling. I can't describe the joy that today has brought.''