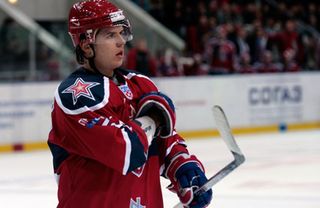 The Panthers made three trades on Saturday, acquiring winger Sergei Shirokov from the Canucks as well as Angelo Esposito from Winnipeg.

Florida sent Kenndal McArdle to the Jets for Esposito; Mike Duco went to the Canucks for Shirokov.

Center Ryan Carter, whom Florida acquired in the Cory Stillman trade with Carolina last February, signed a one-year/two-way deal with the team. Carter had two goals and an assist in 12 games with Florida last season.

On the surface, neither of these deals are blockbusters. But Shirokov could turn into a nice player for the Panthers -- if given he decides to play here. Shirokov never found a spot with the Canucks, playing in six games in 2009-10 and just two last season.

And the Panthers don't know when they'll see him.

Shirokov recently left the Canucks to return to his KHL team in Moscow. According to Dmitry Chesnokov of Yahoo.com, Shirokov has a three-year deal. Florida now holds his NHL rights although Chesnokov says Shirokov's contract doesn't have an out clause.

“He'll probably stay there this year and play. It's going to be hard to have the team release him after they just signed him,'' said assistant GM Mike Santos, adding he believed Shirokov's deal to be for two years.

“We'll watch his progress. If we think he can play for us next year, we'll try and work something out with his team. He's a talented guy. He's committed this year so we'll work toward something for next year. He's a real good player. We moved Duco for him because we think he's a good skilled player for the future.''

Chesnokov scored 22 goals in each of the past two seasons with the Mannitoba Moose of the AHL and was a two-time AHL all-star. He had 17 goals in 56 games in his final season with CSKA Moskow of the KHL before heading west. 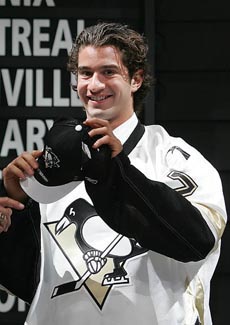 Some may remember Esposito from the 2007 NHL draft. At one time considered one of the top picks of that draft, Esposito fell to the Penguins at No. 20. From the Pittsburgh Post-Gazette from that draft day:

[GM Ray] Shero said "we're not sure" and that "we don't really care" why Esposito's stock plummeted, although more than a few scouts questioned his commitment and apparent lack of passion at times.

Esposito said he also does not know why scouts soured on him, but insisted he does not plan to dwell on it.

"It's over now, and I'm looking forward to the future," he said.

Esposito was traded from the Penguins to Atlanta in the Marian Hossa/Pascal Dupuis deal and has yet to play in an NHL game. In 57 games for the Chicago Wolves of the AHL, Esposito -- no relation to Phil or Tony -- scored just three goals with 10 assists.

"Hey, he's 20 years old and has only played two years professionally,'' Santos said. "We're going to see what he's got. This was a trade for two first round picks. Perhaps the change of scenery will be good for both of them.'' 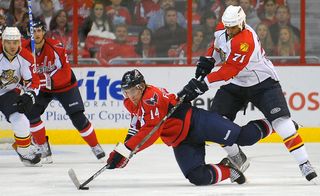 -- Kenndal McArdle was Florida's first round pick in the Sidney Croby draft of  2005. Held in a ballroom at the Ottawa Westin, McArdle was obviously excited to be picked by the Panthers.

After helping the Vancouver Giants win the Memorial Cup, McArdle joined the Panthers organization and never really found his way. He bounced between Rochester and Sunrise for a time, playing in 33 games over the past three seasons. McArdle scored a goal with two assists. 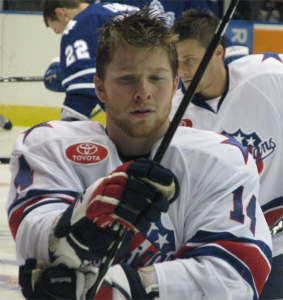 -- Mike Duco is a tough customer who was loved by the fans in Rochester and was always a favorite of the fans here during training camp. Duco ends his Florida career with just 12 games played (only two last year) in two seasons.