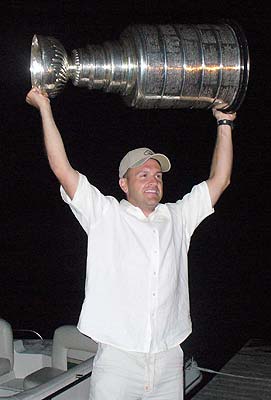 After 16 seasons of playing in the National Hockey League, Cory Stillman officially announced his retirement on Saturday.

Only he won't be leaving the game entirely.

Stillman, who spent parts of three seasons with the Panthers before being traded back to Carolina in February, has joined the Panthers as an assistant director of player development.

Stillman made his announcement at the Panthers training facility in Coral Springs, the site of Florida's rookie camp. Stillman, 37, will help mentor Florida's prospects once they head back to their junior teams after camp and will also spend time with the Panthers' AHL affiliate in San Antonio. 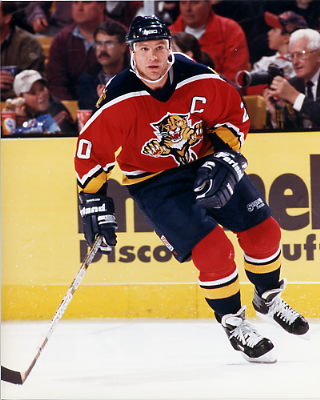 Former Panthers captain Brian Skrudland is Florida's director of player development and welcomes the help Stillman will bring. Stillman will be based out of his hometown of Peterborough, Ontario, where he will also help coach his young hockey playing sons.

“With the prospects that we have now, the help is certainly very appreciated,'' Skrudland said. “This is part of our group moving forward. This isn't just about one individual, this is about a team, and our whole team is getting stronger by adding Cory Stillman. There's no doubt about that.''

Stillman was the first Florida player to be sent packing during Tallon's roster upheaval around last season's trade deadline. Stillman spent three seasons in Carolina and welcomed the trade to what was a playoff contender. Florida got Ryan Carter and a fifth round pick in return for Stillman, with Tallon telling him to “give me a call” when he decided to hang them up.

He said he would, and kept his word.

“I get to come in and do something that I've actually enjoyed for the last couple of years with helping the kids,'' Stillman said. “Obviously, when you're playing, you're helping the young guys in the National Hockey League, and now I get an opportunity to help guys in junior and the guys in the American Hockey League.

"I can go on and help further their development. The way I look at things, if you can help one part of their game, if you can help them with one thing that they make a jump, then we've obviously done our job.''

Stillman becomes the latest former Panthers player to join the team in some capacity. 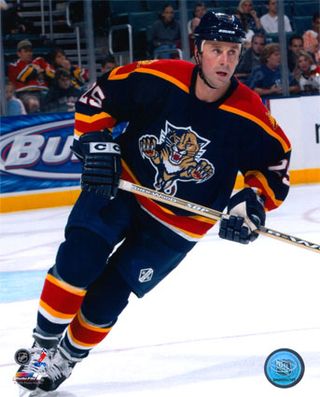 Joe Nieuwendyk joined Florida's front office not long after retiring during the 2006-07 season before leaving for a similar job with Toronto. Nieuwendyk is now the general manager of the Dallas Stars.

Craig Ramsay, an original assistant coach, returned to the Panthers this 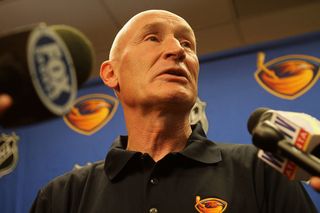 summer in the same capacity.

“Family is important; Alumni are important,'' general manager Dale Tallon said. “Adding pieces to the family, bringing in people who have been here is really important to me. Bridging the past to the future. Cory is current, had incredible credentials. Who better that Cory Stillman to mentor our young guys? I feel real comfortable and sleep well at night knowing Cory and Brian are helping our kids develop.''

Stillman was a gritty player on the ice, playing in 1,025 games and becoming one of only six players in history to win the Stanley Cup in consecutive seasons for different teams. Stillman won his first Cup with Tampa Bay in 2004 before signing with Carolina after the lockout that wiped out the 2004-05 season ended. Stillman's Hurricanes won the Cup in 2006.

Stillman made his NHL debut on Feb. 6, 1995 against the Winnipeg Jets as a member of the Calgary Flames. Stillman spent seven seasons with the Flames and also played for St. Louis, Tampa Bay, Carolina, Ottawa and Florida. He signed a three-year deal with the Panthers on July 1, 2008.

“You know what, I think it was time,'' said Stillman, who scored 39 goals with 70 assists in 165 games with the Panthers.

“I'm happy with the way my career went and there comes a point where I can step away from the game on my terms. I had an opportunity to play, and now for family reasons I feel it's the best time. .-.-. In my head, I have no regrets of stepping away from the game. Right now I don't have the edge to play. I think that's a big thing for me to move away from the game. I'm glad I'm on this side. One door closes and another one opens, and that's what I'm looking at.''

-- The Panthers will play their first game of their rookie tournament Sunday at 6 p.m. against Tampa Bay at the IcePlex in Coral Springs. Florida will play Nashville (Tuesday at noon) and Tampa Bay (Wednesday at noon) before rookie camp breaks. The first practice of Florida's training camp is Saturday morning. 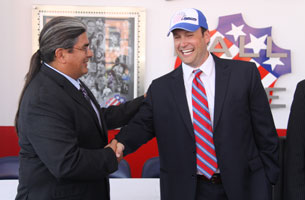 New Panthers coach Kevin Dineen will hand over bench duties during the rookie tournament to Florida's AHL coach. Chuck Weber coached Florida's AHL affiliate in Rochester, N.Y., last season and will make the move with the Panthers to San Antonio this season.