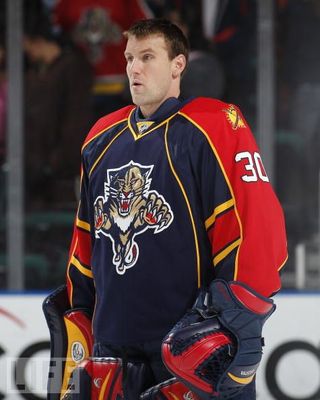 Scott Clemmensen's strong training camp was derailed Monday when the Panthers goalie had what the team described as minor knee surgery.

Clemmensen, who had the surgery at Doctors Hospital in Miami, is expected to miss four to six weeks. Coach Kevin Dineen says he had a similar procedure done three weeks ago and said his knee feels great.

The Panthers open the regular season Oct. 8 against the host New York Islanders. Clemmensen, the backup to Tomas Vokoun the past two seasons, was playing well enough that he was thought to be the frontrunner to start over Jose Theodore.

The competition for Florida's starting goalie is over. For now.

Clemmensen had work done on his other knee earlier this summer and had an MRI done Sunday. Clemmensen led the Panthers to a 4-3 win over Nashville last week. Florida is 1-3 this preseason.

“There's amazing medical technology right now so I'm very encouraged that he'll come back 100 percent healthy,'' Dineen said. “As far as a timetable goes, it could be as long as a month. People heal at different rates. We'll see how he is when he comes out of this. .-.-. I know he's disappointed right now, but the month of October will slide right by and he'll be back before we know it.''

With Clemmensen out for at least the first few games, the Panthers need to find a backup to Theodore. 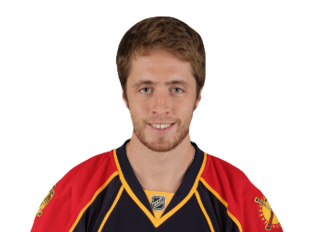 Rookies Tyler Plante and Jacob Markstrom will get the chance. Both goalies were expected to start the season with Florida's AHL affiliate in San Antonio, although this recent development means things have changed.

“Mr. Opportunity is knocking on the door,'' Dineen said. “They have to scratch and claw and try to earn the right to stay here with the Panthers for the next stretch.''

Plante could start Tuesday's home exhibition finale against the Dallas Stars as Clemmensen was scheduled to start that game. Plante started Florida's preseason opener against Nashville, giving up one goal.

If Plante is selected, he would likely make his NHL debut sometime in October.

“I don't think this changes anyone's mindset,'' Plante said on Monday. “Every player comes to camp with the hopes and aspirations of making the big club. Everyone in this room has the same hopes and dreams. It's definitely something that sits in the back of your mind but you can't think about it too much. It can work a reverse effect.

“Every day you're here is a special day. Every day you don't get a plane ticket down is a day with a smile on your face. No complaints from me.''

Markstrom, Florida's 'goalie of the future,' struggled at times during Florida's loss to Tampa Bay on Friday night. Markstrom, who made his NHL debut last year in New Jersey after replacing Clemmensen, had season-ending knee surgery in March last year. Markstrom got off to a rough start for Florida's then-AHL affiliate in Rochester, N.Y., last season but was playing strong when he was injured. The Panthers would really like him to get in a groove early and want him to play.

Markstrom will get the opportunity to play every night in San Antonio, an opportunity that wouldn't be there if he's backing up Theodore for the first month.

In Friday's loss to the Lightning, Markstrom gave up five goals on 33 shots.

“Since the first day I came here, when rookie camp started, my main goal was to play here,'' Markstrom said. “I can't help it if someone gets hurt, I don't affect that. But I just focus on my game, my job and play as well as I can. Sometimes this happens, and it's unfortunate for Scott. But I want to play here, that's what I'm here for.'' 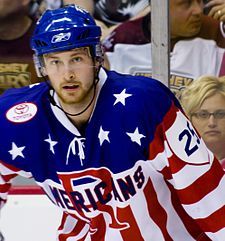 (-) The Panthers sent defenseman Colby Robak to the Rampage AHL camp in San Antonio on Monday, trimming the roster to 30 (counting Clemmensen being on injured reserve). Florida is expected to carry 22 when the season starts.

(-) Florida will play its final home exhibition game of the preseason Tuesday at 7:30 against the Dallas Stars. Dineen didn't want to reveal his lineup, 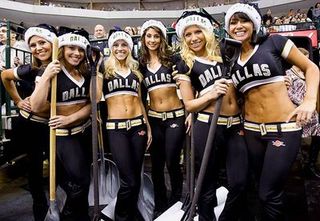 but expect most of the remaining prospects to get playing time as Florida's evaluation time is coming to a close.

The Panthers are expected to be close to finalizing their regular season roster after playing in Dallas on Thursday.