Florida Panthers Coming Together ... Jose Theodore to Start vs. Stars on Thursday 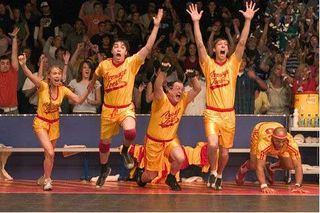 The downside in completely remaking a roster is the time it takes for a team to become a cohesive unit. Players need to get to know each other, know their tendencies.

When asked how quickly the Panthers would come together early in the preseason, general manager Dale Tallon had no concrete answer. Because he couldn't have had one. How quickly a bunch of players become a team depends on many variables.

Florida went a long way into becoming a true team during the third period of Tuesday night's preseason loss to Dallas. With less than eight minutes left in regulation, Dallas' Ryan Garbutt rammed Tim Kennedy into the boards, the Florida winger leaving the ice with blood streaming down his face as his forehead was cut from the blow.

The Panthers on the ice quickly sprung into action with the referees pulling Kennedy from under a pile of bodies. Punches were thrown as rookie Erik Gudbranson jumped into the fray, then Shawn Matthias took on Brenden Dillon.

Kennedy appreciated the quickness in which his teammates stood up for him.

“That's what you hope for, having teammates like that,'' Kennedy said, adding his slashed forehead needed a handful of stitches. “We haven't been playing together too long, but that shows you the kind of guys we have here in this locker room.''

Kris Versteeg, one of Florida's many newcomers, echoed Tallon's statement Tuesday that the Panthers are a group “who give a damn about one another.'' Versteeg, who is with his third team since winning the Stanley Cup with Chicago in 2010, says the Panthers are coming together.

“Sticking up for each other and having toughness is the No. 1 thing you need,'' Versteeg said. “This is a great locker room, everyone gets along. A lot of us know each other from other teams; [Ed] Jovanovski and [Scottie] Upshall played together in Phoenix, like that. That makes the transition a little easier.''

Said Matthias: “We have a close group and it's going to get closer. We have a good bunch. This is as tight a group as we've had since I've been here.''

New coach Kevin Dineen says talking about coming together and sticking up for each other is great. But seeing it actually happen is what you really want.

“Those are not things you can teach,'' he said. “It wasn't premeditated. It was a care, they care for each other. You see their personality a little bit. I think that's a good sign.''

-- Forwards Stephen Weiss and Scottie Upshall also missed practice with minor bumps and bruises. Neither is expected to play Thursday.

-- Even though the battle for who will be the backup goalie continues, starter Jose Theodore will start and likely play the entire game Thursday in Dallas. Tyler Plante and Jacob Markstrom are vying to replace Scott Clemmensen – who had minor knee surgery on Monday – on the opening night roster

-- Steven Reinprecht cleared waivers on Tuesday and didn't play against the Stars. But he was back on the ice on Wednesday and could play in Dallas. Tallon said Tuesday that he's trying to find Reinprecht “an NHL home” via a trade.

Reinprecht could also be picked up by another team on re-entry waivers, meaning the Panthers and that team would split his $2 million contract.

When, Where: 8:30 p.m.; AmericanAirlines Center, Dallas