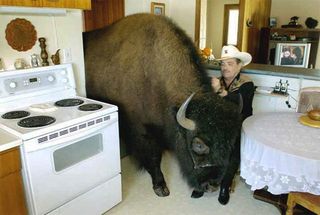 The Panthers had little problem putting the puck into the net Monday night in Tampa, scoring seven goals to spoil the Lightning's home opener.

Things haven't been so good since.

Florida has been shut down and shut out in its following two games, first by former teammate Tomas Vokoun on Tuesday and then by Buffalo's Ryan Miller on Thursday. In the Panthers second home game of the season, Miller made just 22 saves and led the red-hot Sabres to a 3-0 victory at BankAtlantic Center.

Buffalo, which lost its only game on home ice this season, is now 5-1-0. The Panthers haven't scored a goal since Jason Garrison whipped one past Dwayne Roloson late in Monday's win.

Florida's scoreless streak is now at 2 hours 3 minutes 16 seconds. The Panthers were previously shutout in consecutive games last March against the Rangers and Blackhawks.

Florida is averaging just 21 shots in its past two defeats.

“I don't think we tried hard enough,'' coach Kevin Dineen said flatly. “There are a lot of little things that go on during the course of a game. .-.-. That's six periods in a row that we showed little snapshots here and there, but we're a far way away from where we were four or five days ago. We need to address that and soon. .-.-. We got outworked in our home building and that has some sting to it. It's the first time for a lot of us who are new here. It's got to stop right now.''

Florida was missing a few parts on Thursday as Ed Jovanovski didn't play because of a sore hip, Sean Bergenheim missed his second straight game because of what is being called 'soreness,' and Shawn Matthias has a stomach ailment.

Even though the Panthers got things going in their offensive zone, they couldn't solve Miller. Of his 23 career shutouts, two have come against Florida.
The Panthers biggest problem on Thursday was their lack of being able to clear out the puck around the net.

On Buffalo's first goal, Thomas Vanek redirected a shot from Jason Pominville after the Panthers gave up the puck in their own zone. Vanek's goal, the game-winner, came 2:33 into the second period.
Pominville, Buffalo's captain, made it 2-0 late in the period when he knocked in a nice feed from Ville Leino – a player the Panthers pursued when the free agency market opened July 1. Vanek scored his second of the night on a power play with 2:29 left.

Florida's Jose Theodore made 35 saves in the loss as he lost for the first time as a member of the Panthers on home ice. He won his Sunrise debut with the Panthers last Saturday as Florida beat the Lightning 3-2 in a shootout.

The Panthers were 2-for-3 killing penalties and went 0-for-1 on the power play. In the past two losses, Florida has had just three power play opportunities.

“We have to keep it out of the net on the penalty kill,'' said Kris Versteeg. “Jose stood on his head at times for us.''