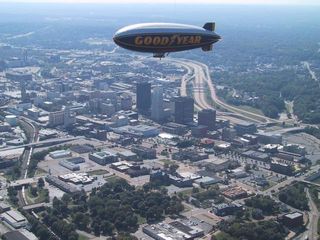 AKRON, Ohio – Dale Tallon's makeover of the Panthers has brought plenty of attention to the team since the July 1 spending spree.

Of the 20 dressed players in Saturday's season opening win against the Islanders, 14 were not with the team when it opened the 2010 season in Edmonton.

Somewhat lost in the shuffle has been returning Panthers such as Stephen Weiss and David Booth. If they had been forgotten, they reintroduced themselves against the Islanders as Weiss scored Florida's first goal of the season and Booth tied Weiss for the team lead with four shots on goalie Al Montoya.

“I sure hadn't forgotten about them,'' coach Kevin Dineen said. “I don't think anyone in hockey forgot those two played for the Panthers. They are both very important to our future success here.''

With all the change, Weiss – who started his 10th season with the franchise – and Booth both had new linemates. Weiss' eyes lit up when asked about the play of his new partners as Tomas Fleischmann and Kris Versteeg have given the Florida center a talent level he's not used to playing with in Florida.

“I thought it was very fitting that Weiss scored that first goal of the season,'' assistant coach Gord Murphy said. “He's been through a lot here in Florida, seen a lot of guys come and go. You can tell he's really excited about this.''

Booth also seemed reinvigorated by his new playing partners in Tomas Kopecky and Scottie Upshall. Booth didn't get to play with Upshall for too long as he was ejected from the game after a fight in which his jersey flew up over his head.

The NHL rulebook says if a player's fight strap isn't connected and the jersey comes up in a fight, a game misconduct must be given.

A player also faces an additional game suspension although Upshall is likely in the clear since his jersey was tied down; it was the girdle underneath his pant covering that failed him as the older piece of equipment tore when the jersey was pulled.

“There was nothing I could do about it,'' Upshall said after the game.