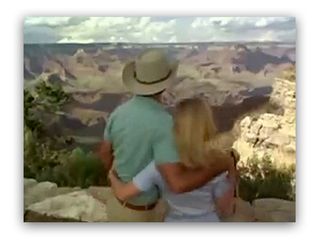 RALEIGH, N.C. – The Panthers haven't had much luck nor success in recent years when playing on Carolina ice, so no matter how ugly Tuesday night's win over the Hurricanes was, Florida is going to enjoy it.

“They sure aren't going to hang that game in the Fort Lauderdale Museum of Art,'' coach Kevin Dineen said moments after Florida topped the host Hurricanes 3-1 at RBC Center. “That wasn't our worst effort, it wasn't our best effort. It was one where you found a way. We did. It took a long time to put that thing to rest.''

The Panthers spoiled the NHL coaching debut of former Florida center Kirk Muller as he took over for the fired Paul Maurice on Monday. Muller, who played parts of three seasons with the Panthers from 1997-99, couldn't stem the Hurricanes losing ways as they have now dropped four straight and 11 of 14.

Florida, meanwhile, ended a two game slide and won its seventh road game of the season. And combined with Washington's loss to St. Louis, the Panthers padded their lead in the Southeast Division to a season-high five points over the Capitals.

“We did what we were told to do in the pregame meeting,'' said Shawn Matthias, who scored Florida's final two goals within the final 3:19 of the game. “We have a good hockey team, a hard-working team. We needed to get the two points and get back on track after two losses to Tampa.''

Carolina came out flying as expected, trying to impress the new coach as both Muller and general manager Jim Rutherford promised 'clean slates' for the slumping Canes. Carolina held Florida to just two shots in the opening 27 minutes, but the Panthers got things going and took a 1-0 lead on Tomas Fleischmann's power play goal midway through the second.

The Hurricanes tied it a minute later when second-year center Jeff Skinner got one past Jose Theodore (26 saves) and the game stayed deadlocked at 1 until late in the third.

“Getting the two points really sets the mood. If you want to have a good road trip, the first one really gets you going,'' said Theodore (10-4-3), who stopped all seven shots faced in the third. “We knew they would push the first half of the game, but we were up 1-0. The guys did a good job not panicking.''

The Panthers finally retook the lead with 3:19 left as Tomas Kopecky saved a clearing pass along the boards and alertly saw Matthias flash toward the net.

Kopecky slid a nice pace to Matthias who flipped the puck past Cam Ward (18 saves) to make it 2-1. With 49 seconds left, Matthias scored into an empty net.