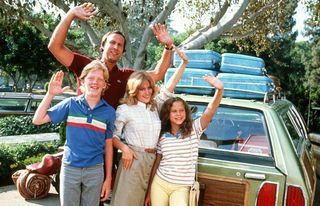 DALLAS – The Panthers continued their strong play away from South Florida by putting on an absolute clinic in a 6-0 win Tuesday over the Stars at AmericanAirlines Center.

Florida took a 2-0 lead in a opening period it dominated, holding the Stars to four shots.

Dallas didn't their first shot of the second until after the midway point. By the time Stephen Weiss scored in the final seconds in the second, it was over.

The Panthers are tied with Detroit and Chicago with seven road wins. Florida has won four straight away from home and outscored its past three opponents 16-3. The Panthers have won a league-low two home games.

“That's hockey, it's just one of those things,'' said Weiss, who had a goal and two assists. “For whatever reason we're more relaxed on the road and play too cute at home. Maybe it's because we have a lot of new guys and want to put on a show for the fans. We have the best intentions, but sometimes, you have to keep it simple and do what works. We just have to find this formula at home.''

Dallas took just 25 shots – fewest against the Panthers this season – as Scott Clemmensen made a triumphant return by getting his seventh career shutout and third with the Panthers. Clemmensen hadn't played since knee surgery during training camp. Tuesday's shutout was his first since beating Toronto last March.

“That was a good game for me to play in my first game back as well as they were playing,'' Clemmensen said. “Basically it turned into a 20 minute game for me with a 4-0 lead.''

The Panthers made quick work of a Dallas team that has now lost three straight. Dmitry Kulikov continued Florida's trend of scoring from the blueline by banging in a puck with 3:16 left in the first. Two shots later, Jason Garrison blasted one from 50 feet out to make it 2-0.

Florida survived a brief run by the Stars midway through the second, but kept momentum when Tomas Fleischmann made a spectacular move with the puck and roofed a shot past Kari Lehtonen – who beat the Panthers in 13 of 22 starts while with the Thrashers.

With 7.8 seconds left in the third, Stephen Weiss took a feed from Kris Versteeg to make it 4-0.

Weiss returned the favor at the midway mark of the third, feeding Versteeg for his team-leading ninth goal of the year.

Evgeny Dadonov ended it after Marco Sturm's pass deflected off his skate and past Lehtonen. Originally waved off, Hockey Central in Toronto reviewed the play and awarded Dadonov his second goal in as many games with the Panthers this season.

Weiss moved into sole possession of second place in all-time games played for the Florida Panthers on Tuesday by playing in No. 574. The guy he is chasing for first said a Weiss captaincy with the Panthers is in order.

“He's been with them a long time, started his career there,'' said longtime Florida winger Radek Dvorak, who now plays for the Stars. “Every year he's been a better player, shown he's a leader. He's a great teammate and just deserves it. He's a Florida Panther. He's one of the top players to ever play for them.''

Dvorak, who was traded to Atlanta last February and signed with the Stars this summer, is Florida's all-time leader in games played. Dvorak, 34, logged 613 games for the Panthers in two different stints.

Weiss could become the Panthers leader in games played in the middle of February. He says he's not counting.

“It's not something you think about, but to be up on the list of games played for an organization in this league is pretty cool,'' said Weiss, the fourth-overall pick of the 2001 draft in Sunrise by the Panthers. “At the end of your career it's an accomplishment.''