All Signs Point to John Madden Landing with Florida Panthers 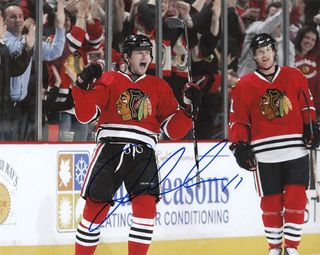 The Panthers are close to signing 38-year-old center John Madden and could announce a deal on Thursday.

According to general manager Dale Tallon, the Panthers are talking to Madden and deciding whether or not “it's worth” pursuing a deal.

Madden, a three-time Stanley Cup champion with New Jersey and Chicago, hasn't played since April. He scored 12 goals with the Wild last season.

The big question is Madden's physical shape. Tallon said that's a concern in bringing him in since it may take Madden some time to get the rust off.

“We don't know how long that's going to take and when we're getting some other guys back,'' Tallon 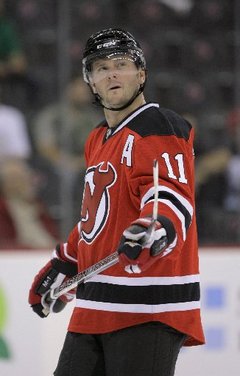 said. “That's the big question mark. But John has always been a good skater. And he's a pretty solid guy, has been for a long time.''

Assistant coach Craig Ramsay said Madden's shape could be an issue, so even if he were signed Thursday, his status for Friday's game against the Rangers is in question.

But, the Panthers like what Madden would bring to the team. Madden is a strong face-off guy and would help the Panthers up the middle of the ice. He would also be a strong asset on the penalty kill.

Madden has been working out in the Minneapolis area and told NJ.com earlier this month when the Devils came to town to play the Wild that he was hoping for a call to come back. If not, he said, he was going to hang them up.

Panthers coach Kevin Dineen was unavailable for comment today after leaving practice early because of a doctor's appointment.

“We have to get him in and get him taken care of physically,'' Ramsay said. “We don't know where his conditioning is. He's a veteran guy who has played in 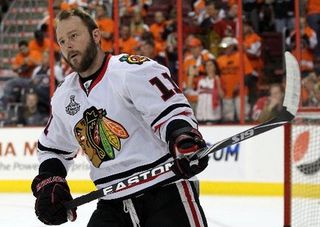 some pretty good spots and knows what it takes to win. If he can come in and give us those quality minutes – win some face-offs, keep the puck in the offensive zone, be good without the puck – those are key issues for a team at times. .-.-.

“You have to look at a veteran player who has been around, he's been durable and knows how to play the game. He knows the game. Those guys find a way to play. That's what we're hoping for.''

Kris Versteeg played with Madden on the Blackhawks' championship team in 2009-10 and said Madden called to check on the situation in South Florida.

“I told him 'hey man, if you want to be part of a great team coming up, this is the place.' We have a great facility and great weather too,'' Versteeg said.

“Everything is going in a good direction. He's excited about getting down here.''

As far as Madden fitting in? No problem, Versteeg said.

“Mads is awesome. He's a great person and has won three Cups. He brings leadership, effort every night and great knowledge of the game,'' Versteeg said. “It's great to have a guy like Mads come in here. It may take him three or four games to get going, but obviously you have to be confident he'll get back into it. I'm sure everyone is going to be happy to have him.

“I still can't believe no one signed him over the summer. We're lucky to have grabbed him.''