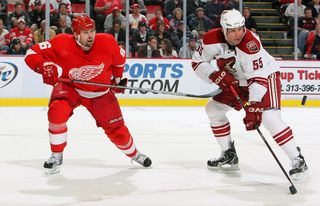 Ed Jovanovski has been part of a surprising success story before. And not just as a rookie with the 1996 Panthers.

In 2009, the Phoenix Coyotes went into the season considered to be one of, if not the, worst team in hockey. Before the season started, the team filed for bankruptcy and the league stepped in and took  control of the team.

Few knew what to expect from the Coyotes, but instead of foundering, Phoenix took off and had its best regular season in franchise history -- setting records for wins and points to advance to the playoffs for the first time since 2002.

With the Coyotes coming to town Tuesday, Jovanovski – who left Phoenix over the summer to come back to the Panthers – sees some similarities in the two stories. After all, the Panthers were picked to finish next to last in the Eastern Conference by the Hockey News (among others) before the season started yet came into Monday just a point out of being tied for first.

Florida, which holds an eight point cushion atop the Southeast Division, is trying to make the postseason for the first time since 2000. Detroit beat Phoenix in seven games to end the Coyotes' 2009-10 season in the opening round.

“With all the turmoil surrounding that team, management did a great job keeping things together,'' said Jovanovski, who spent five seasons with the Coyotes.

“I'm excited to be here. It's been great so far. But it's going to get harder. We're not going to surprise anyone anymore. It's similar to Phoenix. Everyone said we were lucky, waited for us to fall off. And we finished with 107 points. If you have structure and maintain consistency, you'll have success.''

Jovanovski is in the first year of a four-year deal worth $16.5 million with the Panthers, a contract widely panned around the league when Florida offered it on July 1. At 35, Jovanovski's best years are likely behind him although the Panthers see Jovanovski as not only a fan favorite from his early days, but a mentor to Florida's talented young defensemen.

Since the beginning of the season, Jovanovski has either been paired with 19-year-old rookie Erik Gudbranson or Keaton Ellerby, now in his second full season with the Panthers. When Jovanovski was a rookie with the Panthers back in the 1995-96 season, Gord Murphy mentored him. Now, Jovanovski is returning the favor.

“They are both great kids who both work extremely hard,'' said Jovanovski, who had a pair of assists in Sunday's overtime win. “You're seeing Gudbranson get a lot more comfortable out there. He's figuring the game out. Ellerby has loads of talent, skates the puck out of trouble. They are big pieces of the future of this team.''

Although Jovanovski has many friends on the other side of the ice, he says Tuesday's game will bring “mixed emotions going against your former team. I had a good time there. They treated me well.''

Jovanovski isn't alone in seeing some old pals on Tuesday. Coyotes coach Dave Tippett – the league's coach of the year in 2009-10 – is an old friend of Panthers coach Kevin Dineen. The two spent seven years together playing in Hartford (and later one in Philadelphia). Tippett was in Dineen's wedding.

“I know what kind of a coach he is and how he gets his team ready to play,'' Dineen said. “He's the real deal. They play a sound game and know how to win hockey games.''

Greg Rallo's time with the Panthers was short-lived indeed. Rallo was called up from AHL San Antonio on Saturday and made his NHL debut at the age of 30 on Sunday against the Hurricanes. Rallo played just 3:31 on four shifts and was sent back to the minors on Monday.

With Sean Bergenheim out with a groin injury, the Panthers called up center Tim Kennedy on Monday and could  have another player recalled in time for Tuesday's game.

() Kris Versteeg didn't take part in Monday's practice as he was given time to rest after being roughed up a bit in Florida's past two games. Stephen Weiss, who took a hard shot off his skate late in Sunday's game, never left the game and was at practice Monday. 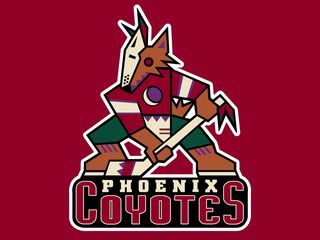 The game: Phoenix has lost four of five, including a 3-2 decision to the Rangers on Saturday as Brad Richards' goal bounced in off the post just before time expired. The Panthers had lost two straight to the Coyotes before winning 2-1 in a shootout in 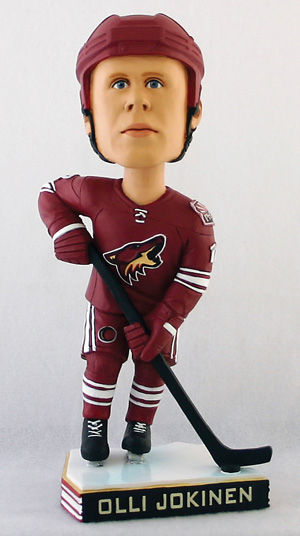 Glendale last season. Scott Clemmensen made 40 saves in the win. Florida has played 12 straight one-goal games at home and have picked up points in each of its past eight home games (6-0-2), longest streak since the 2005-06 season.