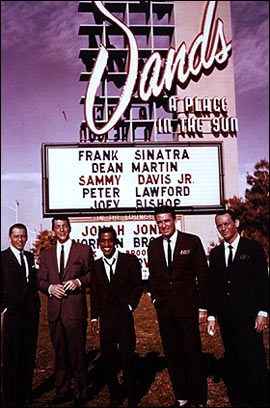 The Panthers are in the middle of the pack when it comes to potentially landing a casino if Florida changes its gaming rules to allow destination casinos in South Florida.

Michael Yormark confirmed to The Miami Herald that the Panthers have been showing the property around; The Sands, MGM and Wynn have visited the site.

If the laws change, there is potential for two casinos (one on the site of the Miami Herald) in Dade County and one in Broward.

The Panthers feel they need to land this. If they do, any talk of the hockey team moving ends forever.

Being part of the casino game would set the Panthers up for years -- or at least that's the way that they look at it.

Yormark's been spending a lot of time in Las Vegas the past few months and it's not because he's a big roller at MGM Grand.

And the Panthers feel their site -- as opposed to Gulfstream or Pompano Park -- is perfect because of its closeness to major highways as well as Dade, Palm Beach and Naples/Fort Myers.

The Panthers 'Oz' plan would basically go back into effect with blackjack, poker and the like being added to the bars, stores and nightclubs.

Will this ever come to pass? Probably not. But it would be a game changer if it did. We'll see.