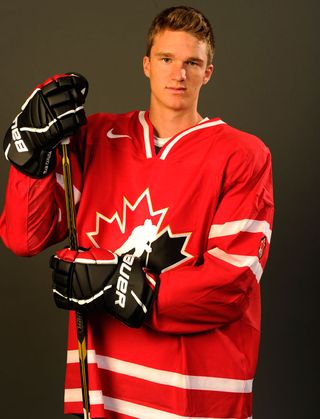 As much fun as Panthers management is having watching their team lead the Southeast Division and compete for their first playoff berth since 2000, they really can't wait for their future.

A good number of players who will likely star for the Panthers in the coming years will be on display starting Monday in the World Junior Hockey Championships being held in Alberta.

“This has always been the plan,'' assistant general manager Mike Santos said. “I'm glad we're having success this year and a lot of that comes from the players we signed last summer. But the plan is to draft well and then develop them. And that comes by not rushing them, leaving them in college or junior hockey. We don't want to rush players into the NHL.

"This is still a three, four year plan. We think we have a real good organization, especially when those players are developed.''

Florida has five players competing for the United States and Canada alone. All five of those players – led by Canada's Jonathan Huberdeau and Quinton Howden as well as center Nick Bjugstad of Team USA – could be on the Panthers roster within the next two seasons.

The Panthers have a total of seven top prospects competing in the 10 day tournament. Erik Gudbranson would have played for Canada as well, only he's played in 27  games with the Panthers.

“If you have seven guys in that tournament, it means your scouts did a pretty good job,'' general manager Dale Tallon said. “Our future looks very bright. These are all very good players who are playing on the world stage. This is good for them. It's a tough tournament to play in and it's tough to make these teams. We're real pleased with the development process and our depth chart.''

One player the Panthers have extreme interest in watching is Bjugstad, a sophomore at the University of Minnesota. Florida took the 6-4 center with the 19th overall pick in 2010 and are expecting him to become a top two line player for the Panthers in the next couple of seasons.

Bjugstad, 19, has 16 goals and 11 assists for the Gophers this season but has been slowed by an undisclosed injury and missed the first two exhibition games for Team USA leading into Monday's opening game against Denmark. Bjugstad is expected to be paired with Minnesota linemate Kyle Rau – whom Florida took in 2011.

“There are decisions we have to make, but things are going according to plan,'' Santos said. “A lot of the guys here are going to be with us in the next couple of years.''

Florida fans may have the most interest in watching is Huberdeau, the third overall pick in the 2011 draft.
Huberdeau, 18, led the Panthers in scoring during the preseason – although to be fair, he played in more games than most of the regulars.

Florida management said Huberdeau played well enough to make the Panthers out of training camp this summer, but they sent him back to his junior team in Quebec for not only more seasoning but physical maturity.

Huberdeau has missed time this season with a broken foot but has been medically cleared to play.

"I didn't feel any pain in my foot, so it was great," Huberdeau told the Edmonton Journal. "I think just to be back with the team and that I played one game in six weeks, I think it was really good to just play. I think I'll get better every day, every game I play."

Howden missed all of Panthers training camp after suffering a concussion in a rookie game against Nashville and has been out after having similar symptoms after being hit by Team Canada teammate Brett Connolly during a scrimmage. Like Huberdeau, Howden has also been cleared to play.

The Panthers don't plan on doing much scouting at the tournament since most of the players have already been drafted. Director of amateur scouting Scott Luce and a number of his scouts will be there, although Santos and Tallon don't plan on attending.

“It's more of a place to be seen than anything else,'' Santos said.

That doesn't mean Tallon and Santos won't be watching. The tournament is now televised in the U.S. on NHL Network where in years past, the tournament could only be seen in Canada – where it is as revered as the NCAA basketball tournament is in the states.

Russia pulled off the upset in last year's finals by beating host Canada. Russia, Canada, the United States and Finland are the favorites this season.

“These are the best kids in North America,'' Tallon said. “We have a bright future and a good core. Our fans should be excited about what's coming. You talk and talk about your prospects but until you see them in action, fans don't know. But they should be excited to know the kind of players we have.''