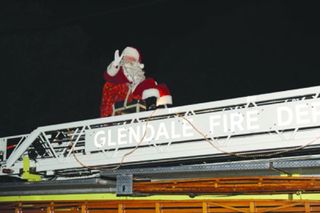 The Panthers celebrated the opening night of Hanukkah on Tuesday only they didn't plan on a parade to take place on the ice. A parade to the penalty box, that is.

Florida was called for a season-high seven penalties in a 2-1 loss to Phoenix in front of an announced 17,711 at BankAtlantic Center.

Phoenix scored both of its goals with at least one extra skater – former Panthers winger Ray Whitney's came last in the first on a 5-on-3 – in a game that left many players biting their tongues so not to feel a fine.

Coach Kevin Dineen, however, let the officials know how he felt during the game. Although he didn't completely blame this loss on the refs, he wasn't shy about expressing his displeasure afterward, either.

“I think when I’m screaming like a fool on the bench, what you do is set a precedent with the referees,'' Dineen said afterward. “So I’ll hang myself on that one because what we’re trying to do is get a lot of hits to the head out of the game and there were so 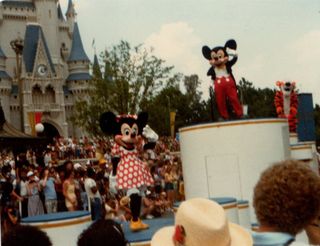 many plays I felt were dangerous plays. .-.-. The game obviously became lopsided. Very disappointed with the officiating tonight.''

Phoenix, which had lost four of five, looked a little weary early on as the Coyotes just seemed to be enjoying the holiday skate. But late in the period, Shawn Matthias went to the box on  questionable inference call on goalie Mike Smith before Kris Versteeg was flagged for slashing.

The Coyotes cashed in on the lengthy 5-on-3 chance with Whitney scoring from the left side with 6.8 seconds left in the period.

“A lot of guys didn't get their first shifts until late,'' Matthias said. “I'm not going to comment on the calls, but it was frustrating.''

Phoenix made it 2-0 midway through the second when Erik Gudbranson went to the box on a delay of game. Radim Vrbata shot from the left side, the puck poking through Jose Theodore's legs and through.

The officials called just one 'physical' call – elbowing on Phoenix's Martin Hanzal just 1:18 into the game – but let a hard blow from Shane Doan to Florida's Mikael Samuelsson go. Samuelsson hit the ice and was down for a few moments. He came back up obviously groggy and had to be helped off the ice. He didn't return and could miss some playing time. Doan was not called for a penalty as the Coyotes were called for four.

“He caught him with his shoulder and [Samuelsson] far away from the boards,'' Dineen said. “That one is a hockey hit and I don’t have a problem when guys hit with your shoulders, but when you’re following through to the head that’s what the real issue was tonight and it’s the job of the officials to help protect our players.”

The Panthers made it a game late in the second when Brian Campbell whipped a shot while sliding into the slot past Smith with 1:18 left. Smith would leave the game with an apparent groin injury after making 19 stops. Jason LaBarbera came in and stopped all eight shots he faced – not including a penalty shot from Stephen Weiss after two Coyotes knocked the cage off its moorings with 24.5 left.

Weiss' shot slipped past LaBarbera but stopped right on the goal line – just a inch short of where it needed to be to earn Florida a certain point in the standings. Florida has now played in 13 straight one-goal games at home as its eight-game home streak with at least a point came to a close.

“We haven't had a game like that in a while,'' Weiss said. “We had to battle just to stay in the game. Our penalty killers did it. We had a chance in the third, we just couldn't find one. I was just an inch short [on the penalty shot]. I would like that one back that's for sure.''

Bill Thomas wasn't happy that he wasn't offered an NHL contract over the summer, not after he played in 24 games (four goals, three assists) with the Panthers last season. When Florida offered the 28-year-old winger a minor league contract, he accepted it and moved on.

On Monday, he agreed to a one-year deal with the Panthers and joined the team for Tuesday's game.

“He wasn't able to get an NHL contract, and I told him if he played well enough he would earn his NHL contract,'' assistant general manager Mike Santos said. “That's what he did. He started a little slow but really picked it up. He's been good the past few weeks.''