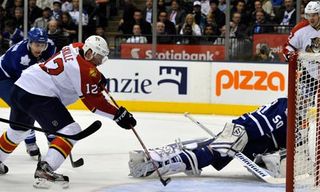 Winger Jack Skille likely dislocated his shoulder when he missed making a check late in Friday's game and hit the glass hard with his elbow.

Coach Kevin Dineen said Skille would be out for at least the next week.

“He's going to be out through Christmas at the minimum,'' Dineen said. “He's a big loss for us. He had 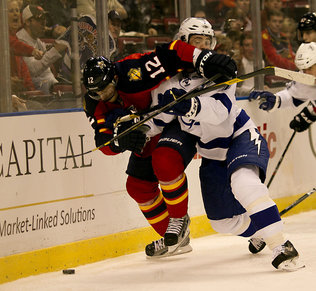 Greg Rallo, 30, has been called up from AHL San Antonio and will make his NHL debut against the Hurricanes. Rallo is the second 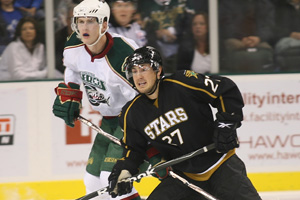 30-year-old to make his debut with the Panthers this season. Bracken Kearns played in his first NHL game Oct. 20 against Buffalo.

When, Where: 5 p.m.; BankAtlantic Center, Sunrise

The series: Hurricanes lead 48-35-11The game: Despite firing coach Paul Maurice and replacing him with former Montreal captain and assistant coach Kirk 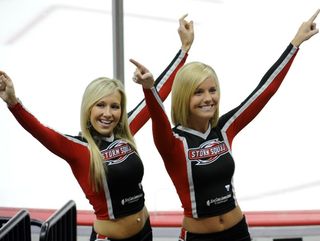 Muller, the Hurricanes continue to struggle. Before beating Vancouver on Friday, Carolina had won just one of its previous 10 games. Losing second-year winger Jeff Skinner to a concussion isn't helping things. Florida won the only meeting between the two 3-1 in Muller's coaching debut on Nov. 29.