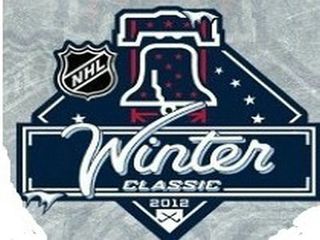 The New York Rangers are in town with Friday's game against the Panthers being the final stop on their road to the 2012 Winter Classic.

The Rangers are scheduled to face the host Flyers at Citizens Bank Park on Monday, normally the home of baseball's Philadelphia Phillies, as long as the weather cooperates.

Could Miami be in line to host an outdoor hockey 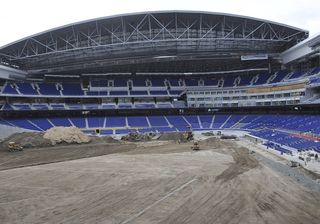 Thanks to the new Marlins ballpark – and its retractable roof – ice making experts say an NHL game could be played 'outdoors' in South Florida.

Will it ever come to pass? Well, that's another story.

“It would cost a lot of money to do it, but they're spending that anyway for these games,'' said Graham Caplinger, ice technician for the Panthers at BankAtlantic Center. “The NHL has this down to a science. They definitely could do it in Miami. You may lose the spirit of the thing because it will be inside-outside, but I think it would be cool. If it's in the winter months, I see no reason why you couldn't do it.''

And, the Marlins park could not only have ice, but if 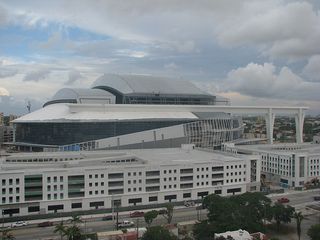 the conditions outside were good enough, it could be NHL quality ice. First, the ballpark would have to
close its retractable roof for about two weeks with the air conditioning running – and humidity lowered – while the ice sheet is built and maintained.

On game day, the roof would open for the outdoor affect.

One can only imagine the scenery an outdoor hockey game in the tropics would produce for a worldwide television audience. That imagery is what the Panthers would sell to the league. It's a hook no other market has. Sure, Los Angeles has sun and palm trees; it doesn't have the retractable roof.

“It would be unique, that's for sure,'' said Panthers winger Kris Versteeg, who was the first hockey player 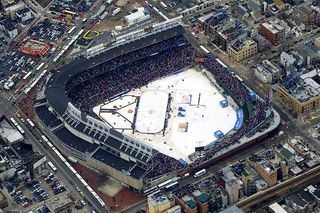 “Everyone loves coming down here and it would be neat to have a tropical outdoor game. People would travel from all over for that. The game and the weather would be great for the fans. It was awesome playing at Wrigley, but I don't want to play in that cold again. But it was a memory I'll always have.''

Brian Campbell, who played in the initial classic in Buffalo and then alongside Versteeg at Wrigley Field, said he would love to play in another outdoor game. And like Versteeg, he would like to play in one where it's not so cold outside.

“I've been thinking about where it's going next and which teams get to experience this next,'' Campbell said. “With today's technology, in a dome, there should be no problem. I think it would be awesome. Move it around, expose it to other parts of the country. A retractable dome would be perfect. It should be here. That would be good for the game.'' 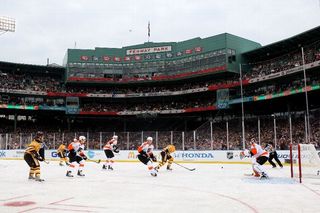 When they told Dineen about the new ballpark and how it would be climate controlled, Dineen remembers thinking that “if the temperature could be dropped another 20 degrees,'' the new park would be perfect for a Winter Classic.

Panthers against the Tampa Bay Lightning in a Sunshine State Bowl, perhaps?

“Why not? I think it would be a really good experience for the league,'' Dineen said. “This is something that would be attractive in this market and people all over would watch it. Now we have a facility for it, so lets plant the seed and get it here.''

The chances this actually happens is remote, although some with the Panthers think the NHL with its aggressive marketing could look at a tropical outdoor game as something unique.

Of course there are many northern markets – not to mention California – vying to host this game. South Florida would be at the very bottom of a long list. The Panthers are taking the idea seriously.

“I wish I would have thought of this myself, but it's a real possibility,'' team president Michael Yormark said.

“I think David Samson and the Marlins would love to do something like this. At the right time, we would want to discuss this with the league. We would like to put this on their radar. Florida is such a great destination, who wouldn't want to be here for a game like this? Our town would embrace this. It would be a huge event for us, South Florida and the NHL.''

The NHL's state-of-the-art ice making truck is said to be able to make ice almost anywhere. In 1991, a 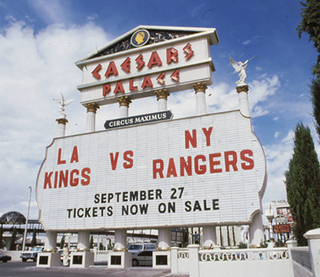 preseason game between the Kings and Rangers was played in the parking lot of Caesars Palace in Las Vegas. Despite 85 degree temperatures, the ice was playable and gives real hope that a game would work in the sunny south. Especially in the winter.

“People would remember this one,'' Versteeg said. “No doubt about it.'' 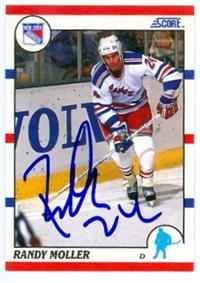 The game: The Rangers were playing great, winning five straight before being thumped 4-1 in Washington on Wednesday. New York lost to the Panthers 2-1 in Sunrise before Thanksgiving, but then beat Florida 6-1 at Madison Square Garden on Dec. 11. .-.-. Less than 1,000 tickets remain for Friday's game; Saturday's game against the Canadiens has limited single seats remaining.