« Mikael Samuelsson Finding Stride with Panthers ... Sturm Takes Day Off, Versteeg Back on Ice ... Markstrom Skates as Jets to Land in South Florida | Main | Panthers Now 2-for-2 Out of Break, Ground Jets 2-1 ... Kris Versteeg Not Very Popular in Winnipeg ... Sturm, Skille back on DL »

Florida Panthers Get Loan from Broward County: Michael Yormark 'Dances' Out of Comment

As most of you know by know, the Broward County Board of Commissioners voted to loan the Panthers $7.7 million so the team can renovate their exisiting suites and boxes. 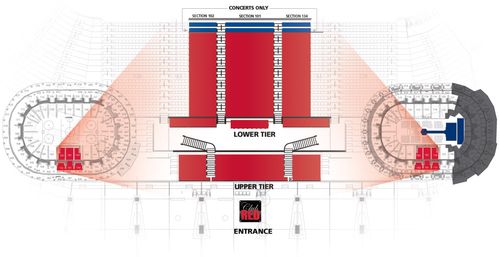 blown out once hockey season is over -- that will encompass a large number of center ice seats in Sections 102, 101 and 134.

As you can see by the above illustration, there will still be center ice seats. They just won't belong to the season ticket holders who currently hold them now -- unless they decide to pony up and join (use deep voice here) CLUB RED. Some will, sure. Many probably won't.

And, yes, the area will likely look pretty bad on television. Think about all the empty seats you see behind the Maple Leafs bench at the start of periods (while everyone is still 'visiting' in the luxury bar). Same with the Heat.

Of course, both of those entities are making a ton of cash on those bars. The Panthers think they can do the same thing. Will Broward patrons go for it? We'll see.

It does look like a cool place to be seen, kind of South Beach meets the burbs.

You can read all about the details of the loan here and the questions that were raised (it doesn't seem to be a very good deal for the county, but what else is new?) by the county's auditor here.

Channel 10's Bob Norman tried to get some answers from Panthers president Michael Yormark following the meeting but it seems Yormark wasn't very interested in speaking with Channel 10.

Yormark did send out a Thank You tweet to the Broward commission. It was a sweet tweet.

Of course, this loan is nothing but a drop in a 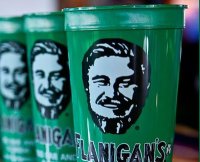 Flanigan's cup if the Panthers land one of the destination casinos that may or may not be coming to South Florida in the coming years.

I've heard the Panthers are in very 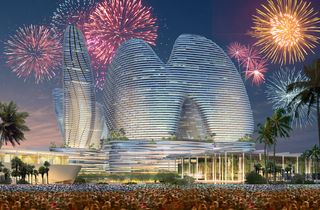 tight with the Wynn group. They'll be able to pay that loan back pretty quickly then.