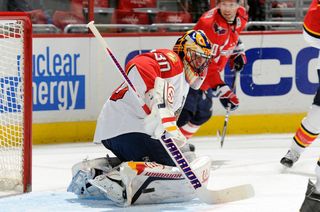 WASHINGTON – Like most teams in the National Hockey League, the Panthers are more comfortable playing with the lead and have been very successful in games in which they have scored first.

Of Florida's 24 wins, 17 have come when it takes the initial lead.

When the opponent scores first, well, the Panthers don't fare so well. Washington scored early in Tuesday's game and won 4-0, dropping Florida's record to 7-16-5 when the other team breaks the ice.
Florida's seven wins when down early is ranked 12th in the Eastern Conference – tied with Tampa Bay and ahead of Carolina (six) and the Islanders (five). 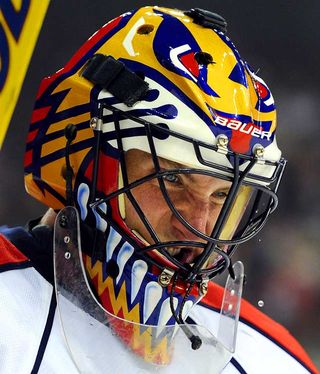 Since beating the Bruins 2-0 on Dec. 8, the Panthers have gone 8-9-7. Florida has won just one of 14 games (Montreal) when the opponent scored first.

On the flip side, the Panthers are 6-0-4 when they scored first during that span and 17-1-6 overall when they get that first goal.

The only playoff contender with fewer such wins than the Panthers, surprisingly, is Vancouver. The Canucks, currently holding the second overall seed in the Western Conference, have won four games when trailing 1-0. The Canucks have given up the first goal 17 times, however, compared to Florida's 28.

“You never like to be scored on early like that,'' Matt Bradley said. “[Washington] had a lot of jump and were the better team. Getting scored on so quickly is tough, but part of being a good team is being able to come back and forget whether you scored or got scored on. Just play the same way. If you don't do that, they just start scoring more.''

In five starts this season, Clemmensen has surrendered a goal within the first two minutes of a game.

“It's something we'll address, but you can't blame one person for that,'' goalie coach Robb Tallas said after Tuesday's loss. “We as a group need to be prepared from start to finish. That goes for Clemm as well. We're not going to build a mountain out of this. We talk about this a lot, but I don't think it's a big issue.''

Clemmensen, after beating Winnipeg last Friday, had given the Panthers a chance to win in just about all of his starts as he picked up at least a point in 13 of 15 appearances.

“We're just hovering around .500 a lot lately and that's not where we want to be,'' defenseman Brian Campbell said. “We came in [to Washington] and hadn't played in a few games. I felt we were ready to go. We made too many minor mistakes that turned into major mistakes and into goals.'' 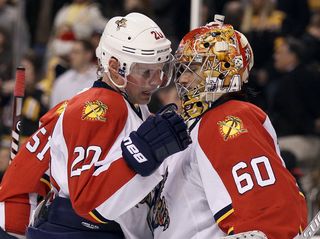 Clemmensen is expected to be back in net Thursday against the visiting Los Angeles Kings, although Jose Theodore could start as he's been cleared to dress again.

With Theodore back, the Panthers sent Brian Foster back to AHL San Antonio. Theodore missed almost a month after being run over by teammate Dmitry Kulikov and Montreal's Mike Blunden during the second period of a game Dec. 31. Theodore returned on Jan. 18 and played against Colorado and Chicago before his knee acted up again.

() The Panthers took Wednesday off, although Theodore, Jack Skille (shoulder) and Ed Jovanovski (fractured hand) all skated. Only Theodore will dress on Thursday. Jovanovski had surgery on his hand and is expected to miss a few more weeks at least.

() Tomas Vokoun never likes sitting on the bench – especially when one of his former teams is on the other side of the ice. On Tuesday, the former Panthers goalie made his second start against Florida since leaving last summer. He's 2-0 against the Panthers, tossing shutouts both times. The Panthers are 2-0 against Washington when Vokoun is on the bench.

“It's a different team,'' Vokoun said. “There's probably four guys since I played there. There are different coaches, different everything. It's nice to get a shutout, I won't lie.'' 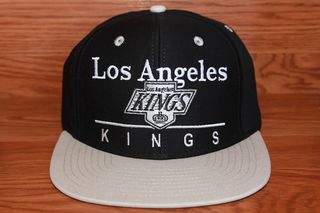 The game: This is the second meeting between the two after Florida played strong at Staples Center on Dec. 1 yet lost 2-1. The Panthers have lost seven straight to the Kings, last winning in 2002. Florida hasn't beaten the Kings at home since Oct. 26, 2001. Bill Lindsay (the team's current TV analyst) scored 29 seconds into the game and Roberto Luongo made 31 saves as the Panthers won 3-2.