Kevin Dineen smiled when asked about his injured players working out on Thursday.

He's about to get a few more options when it comes to his lineup.

Kris Versteeg (hip), Dmitry Kulikov (knee surgery) and Scottie Upshall (sports hernia surgery) won't play tonight against the Bruins. But they all could be options for Saturday's game against 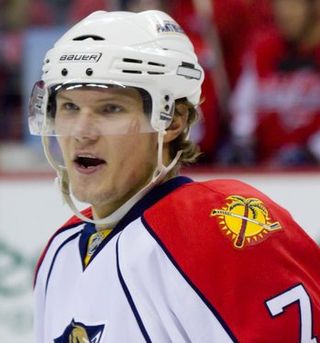 All three were in a good mood today as they talked about potentially coming back this week with Upshall saying he feels great.

Dineen knows he hasn't seen what Upshall can do this season because he had been battling that sports hernia thing all year. Dineen, you can bet, will wait until he thinks Upshall is 100 percent before he brings him back.

Having a few options on the forward lines allows him this.

Jose Theodore is back in net tonight against the Bruins; Mike Santorelli will be a healthy scratch.

-- As is usally the case with the Panthers, not all the news is positive on the injury front. 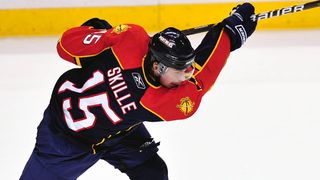 (shoulder) will suit up again this season. Even if he doesn't need surgery, the rehab alone will take too long for him to come back.

Skille is signed with the Panthers through next season.

-- With Kulikov on the verge of returning, Tyson Strachan was returned to the AHL San Antonio Rampage on Thursday.