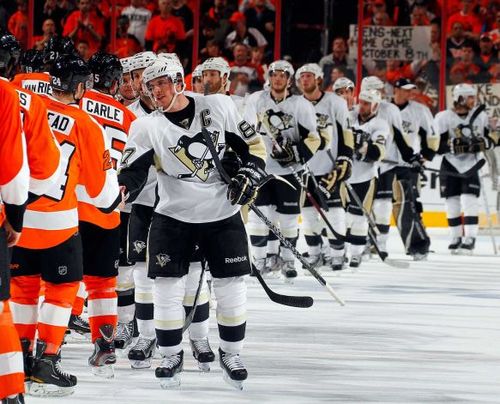 Here's a bit of news out of today's morning skate.

Spoke to Jason Garrison and he says the few days off really helped him out and he feels good enough to return to the lineup for the first time since Game 3.

Garrison all but admited he had a groin muscle problem, something that has been bothering him for some time. He said it was getting to the point in which he may be a liability out on the ice.

-- As did Jose Theodore. After missing Game 6 with what is thought to be a knee problem -- "He would have played if he could have,'' Ed Jovanovski said -- Theodore was back today and should be in net.

Theodore took all the reps and looked pretty good out there. He had good movement. He's fired up about playing in his first Game 7 since he beat the Wild in the opening round in 2008.

-- This will be the first Game 7 in South Florida since the Heat were knocked out of the Eastern Conference finals by Detroit in 2005.

The Marlins have played two Game 7s -- the only one 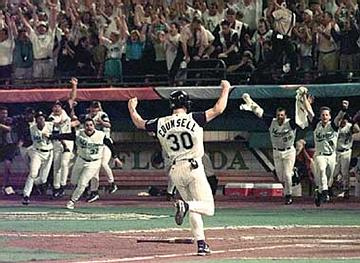 in South Florida being the World Series winner over the Indians in 1997.

The Panthers have been in just one Game 7 -- a 3-1 win at Pittsburgh to claim the 1996 Eastern Conference championship.

This will be the ninth Game 7 by a South Florida team in history -- and first by the Panthers on home ice. 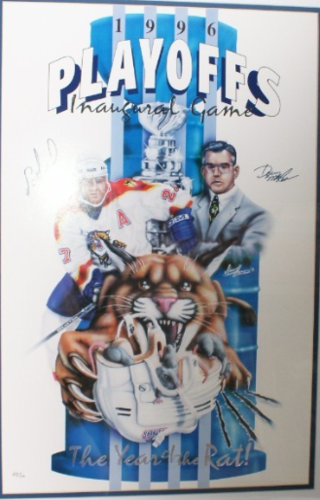 According to a report on NHL.com (supplied by Elias Sports Bureau), Brodeur is 11-12 with a 1.98 goals-against average in elimination games during his career.

-- Devils fan Laura Rubino -- who drew a terse reponse on a Tweet she sent to Panthers president Michael Yormark on Tuesday -- is on her way to South Florida.

Courtesy of Yormark, the Panthers (and I would bet JetBlue).

According to her Twitter site (@LaurenAshley07), she said Yormark (@PanthersYormark) called her to apologize -- and to offer her a trip to Sunrise to watch tonight's game from his suite.

She accepted -- and said she was also to blame for the dust up.

She did call Yormark something that rhymes with Mass after Yormark said the reason the Panthers aren't selling rats at the arena anymore because Devils fans were throwing them on the ice.

I figured Yormark would reach out and do something, didn't think he would go this far though.

Nice move. Kind of difuses the situation (which had cooled considerably anyway).

And, as a fun aside, Rubino has almost 4,500 Twitter followers now. On Tuesday, when she tweeted Yormark, she had somewhere around 70.

"You have 70 followers,'' Yormark tweeted in response to her. "No one cares what you think.''

Yormark, it should be noted, has increased his Twitter followship to 3,400 through all this.